For me the high point of the day was the drive to the start of today's route. Our B&B host, Jim, told us a different way to get to our start point by some back country mountain roads that were not on my map. 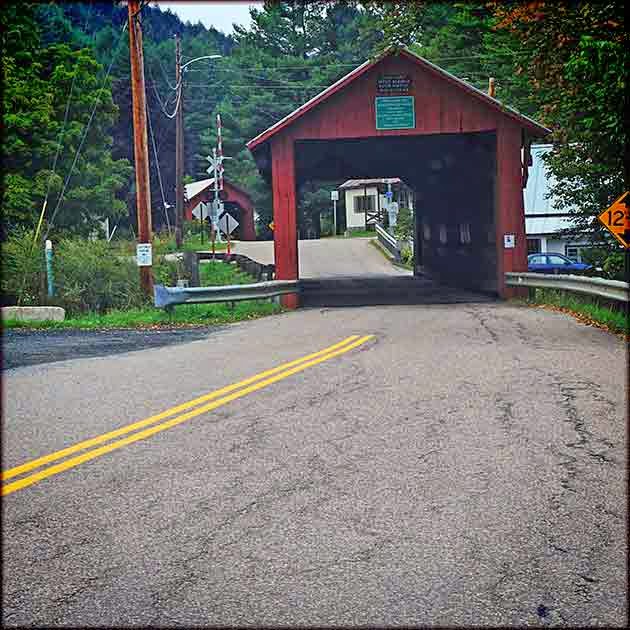 We crossed three covered bridges. At the beginning we could see two at the same time. This is apparently one of the only places in North America that one can do that. Then we drove next to a lovely rocky stream as we slowly climbed higher and higher. At the top we had a wonderful view of the next valley. There was almost no traffic on the road. What a treat! 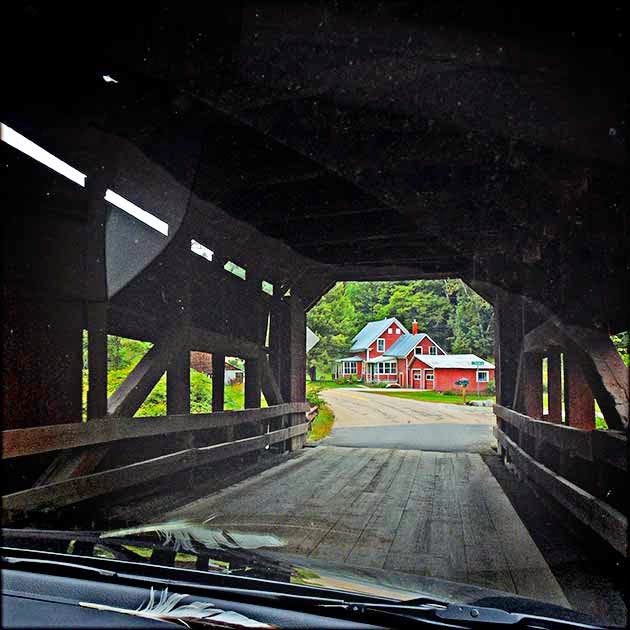 The walk started well although again there was more traffic than I was comfortable with. Then Fleur-Ange realized, when I met them the first time, that her hat was missing. We finished that first 4 km then took the van back to where she thought it might have been lost. Yes, it was there!

We moved on through various mountain vistas and views of the Winooski river for the rest of the day. Shortly after noon a mist started to come down that eventually turned into a light rain. Pauline and I got to try out our new pack covers. Mine worked well and my pack stayed dry. Pauline needs to spend more time figuring out how to attach hers to work better than it did today. 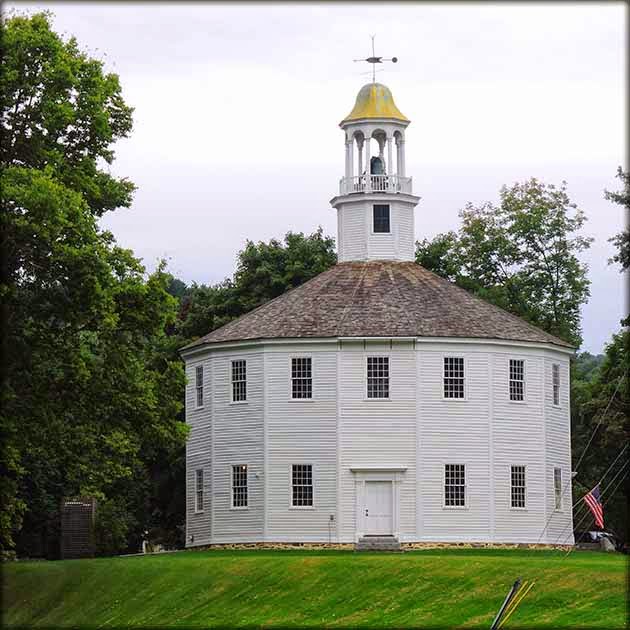 As I was looking for the address that I had chosen from Google maps, as our end point for the day, I discovered that the number did not exist.  Given that we had made a detour earlier to see the the round church in Richmond, I found a new end point at a Long Trail parking lot. As I walked back to meet Fleur-Ange and Pauline, I suddenly wondered if I had locked the van. Just as I was thinking of returning to check, I saw Fleur-Ange and Pauline coming down the road. Fleur-Ange was very concerned because she had left her pack with ID & money in the van at the last stop. I asked her to carry my pack and then I ran about a half km back to the van. It was locked! I probably needed the run as I had not quite done the 20 km today. 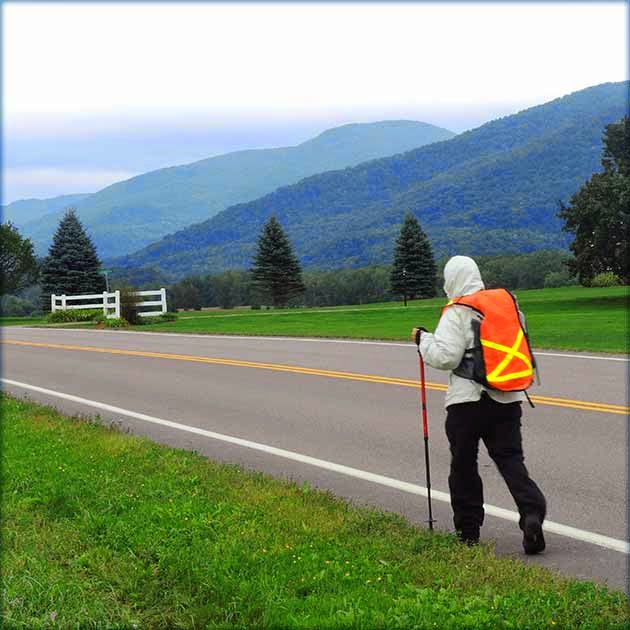 The Ben & Jerry's ice cream factory was only a couple of miles away so we stopped there for the tour and a bit of ice cream.  A very impressive and interesting history and explanation of the process was given.
Posted by Ontario Wanderer at 7:19 am

This morning I've been enjoying your photos of Day 11. They're beautiful! Thank you for posting them. It's a treat to see pictures of an area I haven't seen for several years. -Richard

There are great accounts you're giving. Wish I was along with your for the adventure!

I'm really enjoying reading about your tour and seeing some of the places that are familiar to me. I hope your travels are going well!