I have no idea how many tiny spider webs I have noticed in the grasses and low plants over the years. They seem to be most numerous in the fall or I seem to notice them more in the fall. 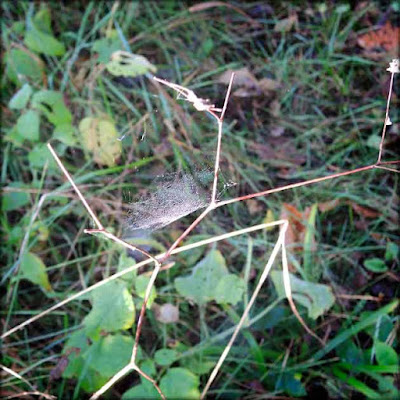 Anyway, this morning I had a closer look. There seem to be tiny spiders  under the webs. How could I have not noticed until this morning. I took several photos. This one seemed to be the best. 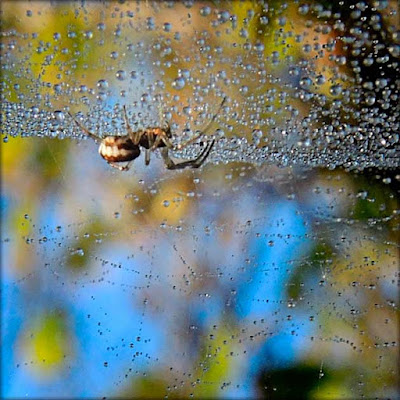 I believe it is one of the "Sheetweb Weavers," and   possibly the spider called the Filmy Dome Spider (Neriene radiata).
Posted by Ontario Wanderer at 2:45 pm 2 comments: 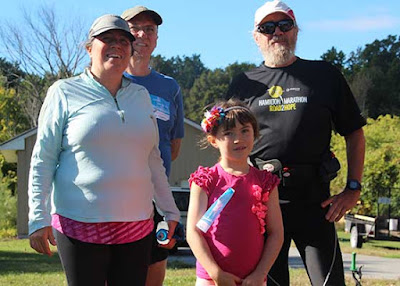 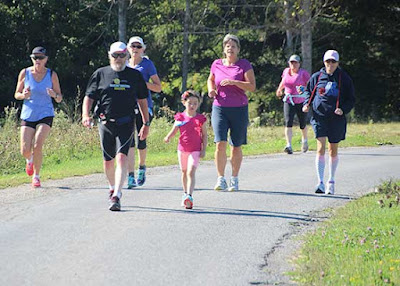 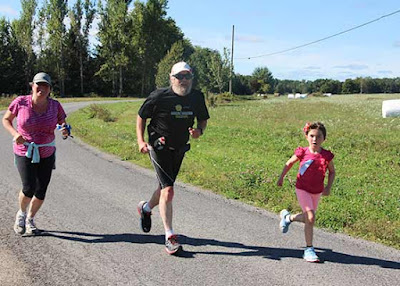 We had two interesting evenings over the past two days. On both days there was a lot of cloud until almost sunset then the clouds parted in the west to let the sun through.

This first photo is from our west field, looking east across the meadow. Right now the "meadow" is full of goldenrods and was mostly caught in the shade of trees on the west side of our property but the trees near the house and barn were catching the late evening sun and really standing out due to the clouds in the east.

The second photo is from the Waterfront Trail in Hamilton looking east across part of the Hamilton Harbour. We were lucky enough to get two parts of a rainbow, north and south sides, without getting caught in the rain. 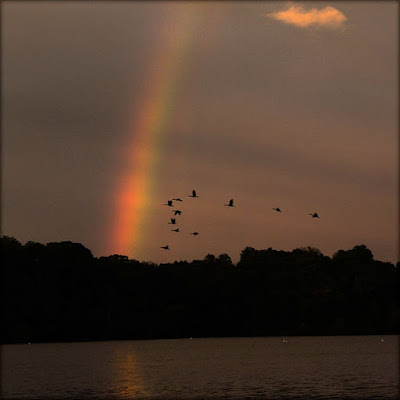 Posted by Ontario Wanderer at 10:14 am 3 comments:

I have been enjoying the colours of some of the fall wild flowers during the past couple of days. In this first photo, from our east field, one can see goldenrods in the far ground that are often blamed for allergies in this fall season. In the foreground are some green spikes that are the flowers of  Common Ragweed. The pollen from those flowers are the real cause of many allergic reactions. According to the literature, the pollen can travel up to 160 km (100 miles) so pulling it out of  your yard will not make much difference to your allergies. 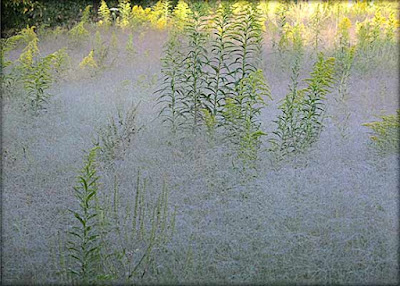 This second photo is a very close up photo of a Moth Mullein. It can start blooming as early as the middle of June but sometimes continues until October with the odd flower still showing into November and December if the late fall and early winter are warmer than usual. 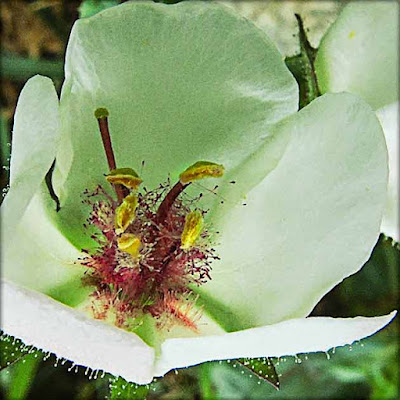 Posted by Ontario Wanderer at 5:32 pm No comments:

Although I seldom use anything but "manual" for my photos, the Nikon Coolpix P7800 has a great night photo automatic setting. I used it this morning for two photos: 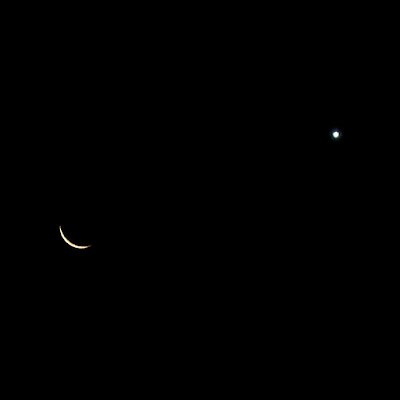 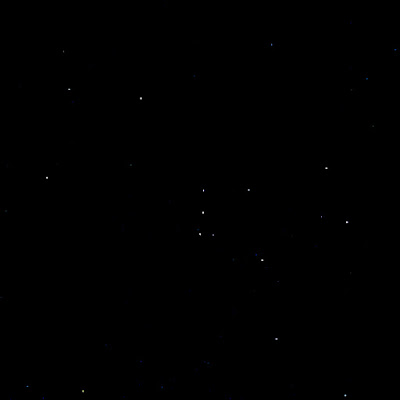 Orion
Posted by Ontario Wanderer at 9:37 am No comments:

It Started With a Grapevine 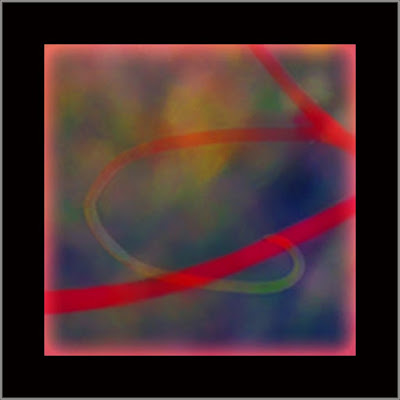 Posted by Ontario Wanderer at 5:02 pm No comments: 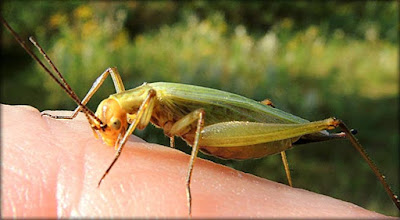