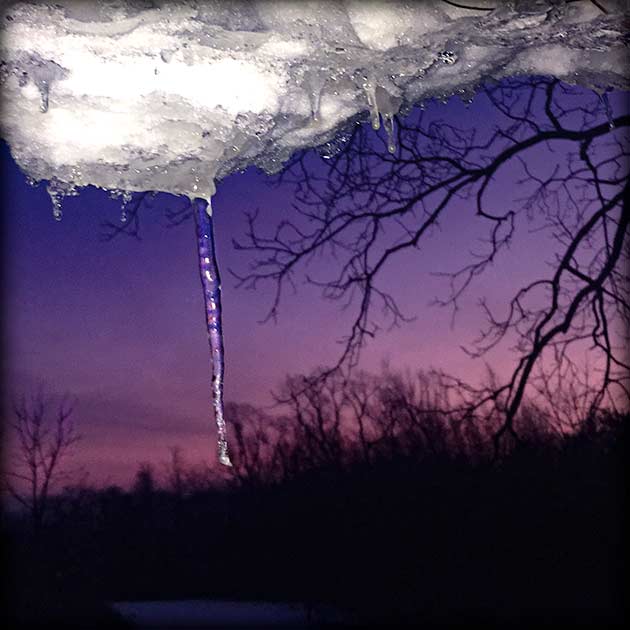 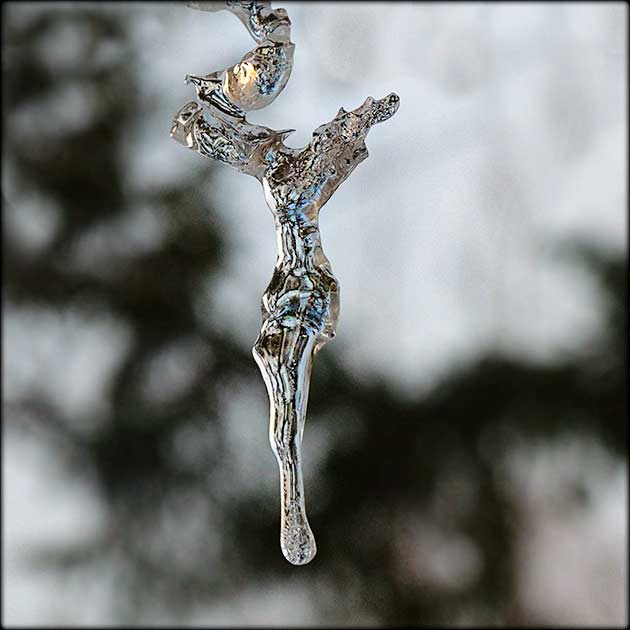 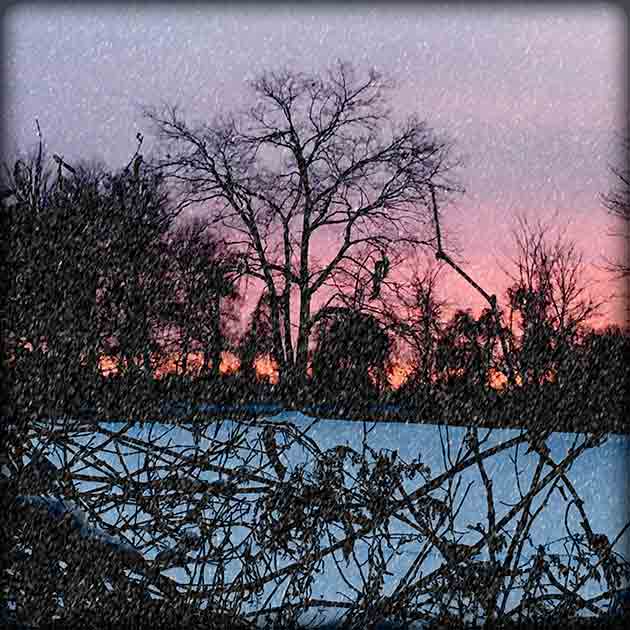 Lots of exercise yesterday. Made it out of driveway and down snowy roads to do my usual Saturday long run but cut it short due to snow on the streets and roads. I did just over 7 km instead of the 13 on the schedule.

I needed the extra energy however as I spent 2 1/2 hours shovelling out the driveway during the afternoon. That was the second time last week as I  spent an equal time last Monday cleaning out the driveway. I only remember doing it 2 or 3 time all last winter so this felt like a bit much: 2 times in the last few days of fall.
Posted by Ontario Wanderer at 1:04 pm No comments:

First Major Snow of the Season 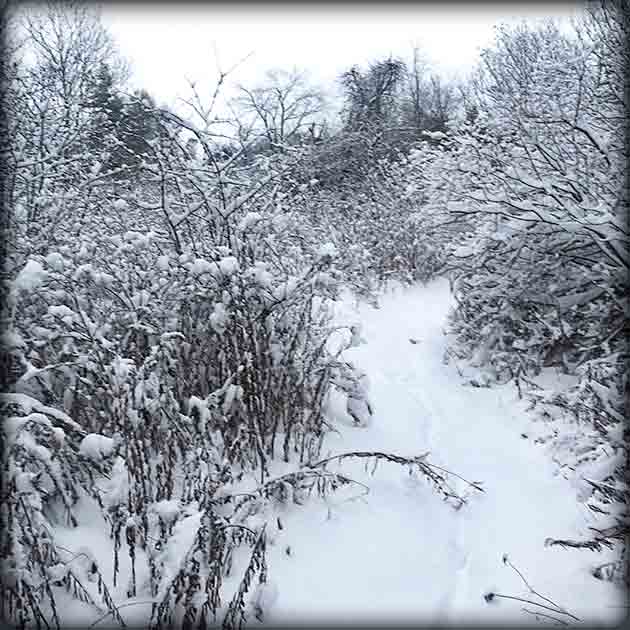 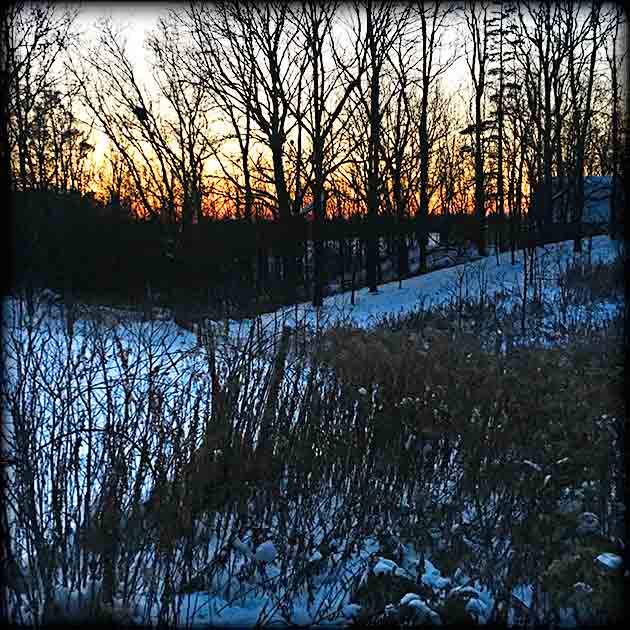 Posted by Ontario Wanderer at 8:42 pm No comments:

I had not seen the  Wild Turkeys for a while on our property but the snow let me know that they are still here. They were under the sumacs checking for sumac seeds and also checking out the wild grape vines for any wild grapes that were still hanging about. I saw track on both the north and south sides of the property. 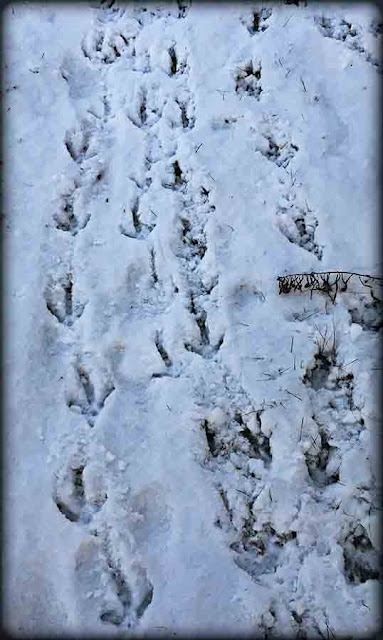 With snow outside and the temperature dropping, I decided this morning to start chopping firewood again. I thought I had lots chopped but it appears to be half gone already.

Posted by Ontario Wanderer at 11:47 am No comments: 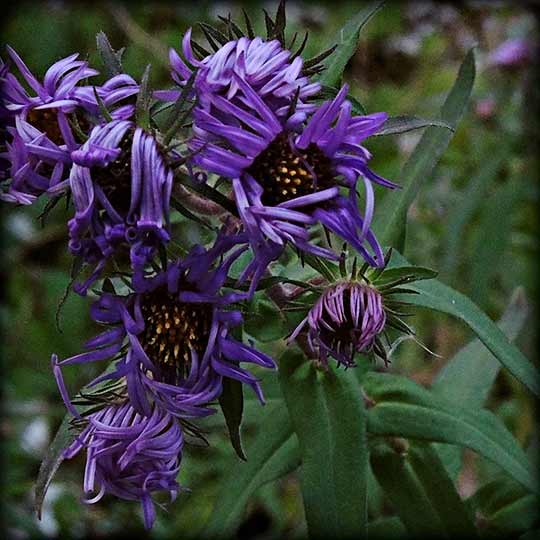 This was one of 18 wild flowers that I found in the Hamilton area yesterday. They were either growing as "weeds" in and around the flower beds of the Royal Botanical Garden's Rose Garden or at the side of the parking lot or along the Hamilton Waterfront Trail. As would be expected, after several frost and a couple of snowfalls, they were all looking rather poorly but they were still blooming. The dandelions and groundsels were also still producing seeds.

Here is the whole list of wild flowering species seen:

As one can see 11* of the species are not native.

Posted by Ontario Wanderer at 3:22 pm No comments:

Last Sunday, November 27, I took this video. At that time there were hundreds of these little moths flitting about. They are Fall Cankerworm Moths that breed in the late fall, overwinter as eggs, and then hatch out in the spring.


On Monday the 28th I saw 105 moths as I walked the dog in the evening which is many, many less than I saw on the Sunday. Tuesday the 29th I only saw 67. Wednesday, the count was 35. This evening, Thursday, December 1, I only saw 1. Temperatures have been cool and we have had a couple of overnight frosts but nothing compared to earlier in November. The only real difference there has been in the weather has been a couple of overnight rains.

I tried many times, during November, to get a photo of the moths but they kept moving and flitting about most of the time and when they landed they seemed to disappear. Finally, after a small snowfall, I was able to find one cold enough that it did not fly right away and was east to see against the snow. 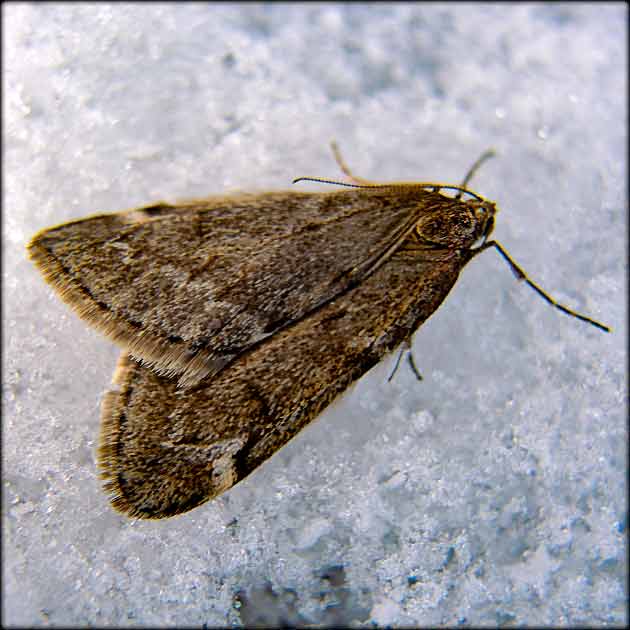 After a bit of internet research, I found out why there were so many moths flitting about. They were all males looking for females. The females develop without wings and do not move very much so the males have to keep looking, and smelling, to find the females. I was very lucky, after doing the research, to find a female below the many males seen in the video. She was in the mulch pile and just moved enough to catch my eye. 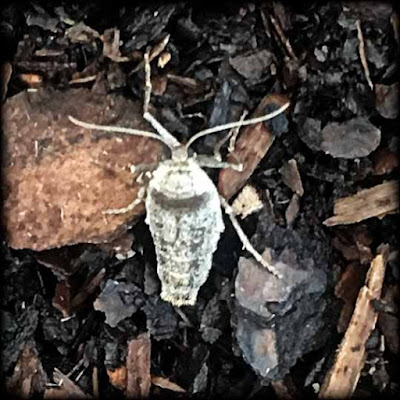 Yes, she is quite small and hard to find.