From the Royal Botanical Gardens Arboretum Shrub Collection, here are two Witch Hazel cultivars. Hamamelis x intermedia 'Jelena' is the red-orange flowered shrub in the background with a close up photo of one flower inserted. Hamamelis x intermedia 'Pallida' is the pale yellow flowering shrub in the foreground. They are two of the thirteen Witch Hazel cultivars currently blooming in the arboretum. 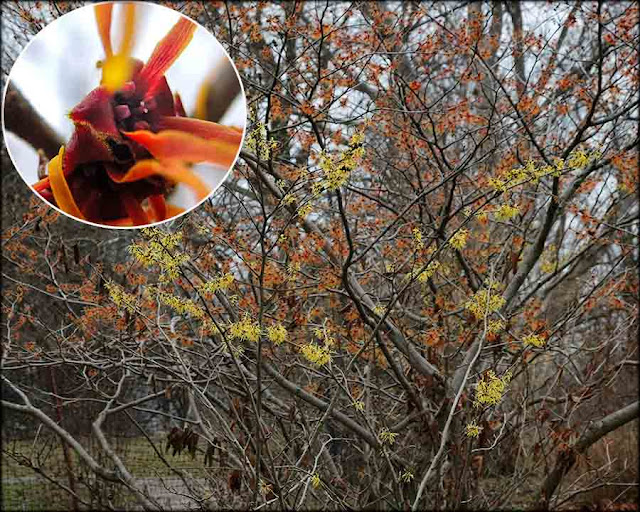 Also from the Royal Botanical Gardens but from the wilder part of the Hendrie Valley, here is my annual photo of the early blooming Skunk Cabbage. I liked how the sunlight lit up the interior of the spathe on this specimen. The flowers are the little bits on the golfball sized part in the bottom middle of the spathe. 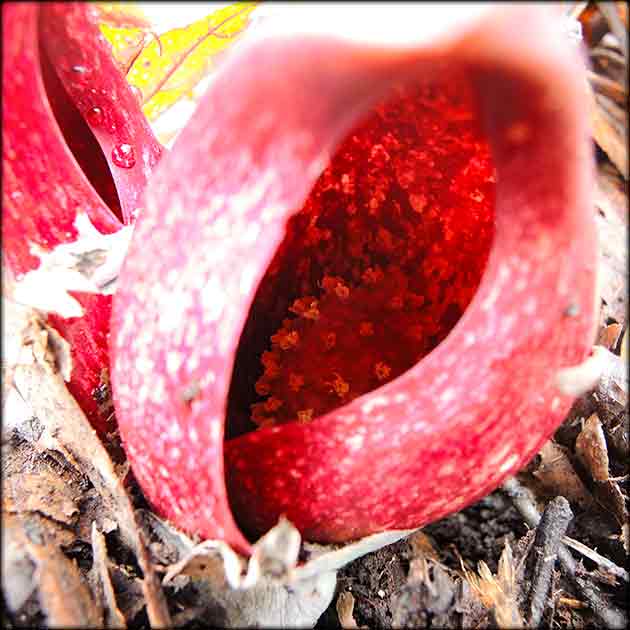 OK, the last photo is not of a "flower," but the lichens are getting ready to spread their spores, I think. Anyway, they are beautiful in their own way. Yes it is a close up of a very small part of a dead willow branch. 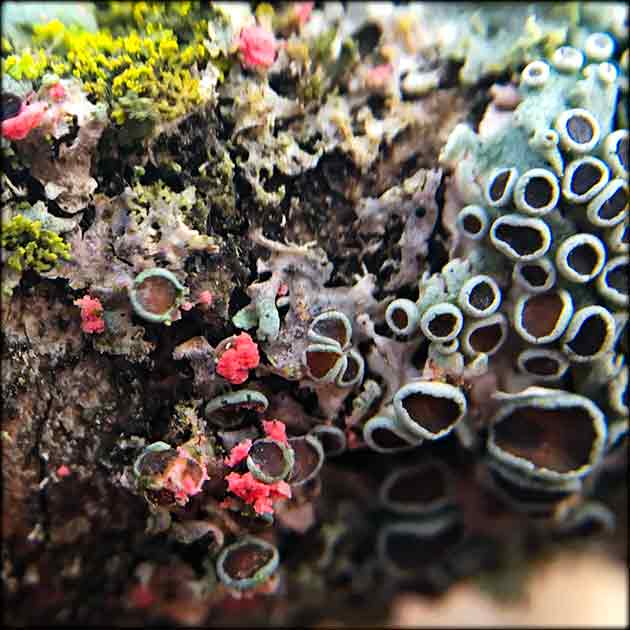 Posted by Ontario Wanderer at 2:32 pm No comments:

A fair amount of action since the last post. I guess the most important was a blood pressure spike (209/85) that put me in an ambulance to get checked out in the local emergency department. By the time I got to the hospital my blood pressure had dropped a fair bit and I decided that I was not going to die anytime soon and that there were way too many sick people in the halls waiting for attention so I walked out of the hospital and got Fleur-Ange to phone for a Doctor's appointment. I was seen the next day and have gone back on blood pressure medication. I was off for 2 or 3 years due to diet changes suggested by the naturopath but had been on blood pressure meds for over 30 years before that so was happy to have been off for a couple of years this late in the season of my life.
Blood pressure is back to normal readings.

I missed a couple of long runs due to the blood pressure scare and also due to a nasty cold and being dizzy for the first week after the new meds but did my walk/run routine for 20 k yesterday so I think I can still do the 30 k race in March unless something else nasty shows up.

We seem to shift from warm to cool almost every day but over all had a warmer than usual January, and February forecasts do not look too cold either. I suppose the cold will come in March when the long run is happening.

We got freezing rain after some snow this morning and as afternoon arrives we are getting snow again.

The Skunk Cabbage is adding size and looking like it will bloom sometime soon but so far the spathe is closed up tight. 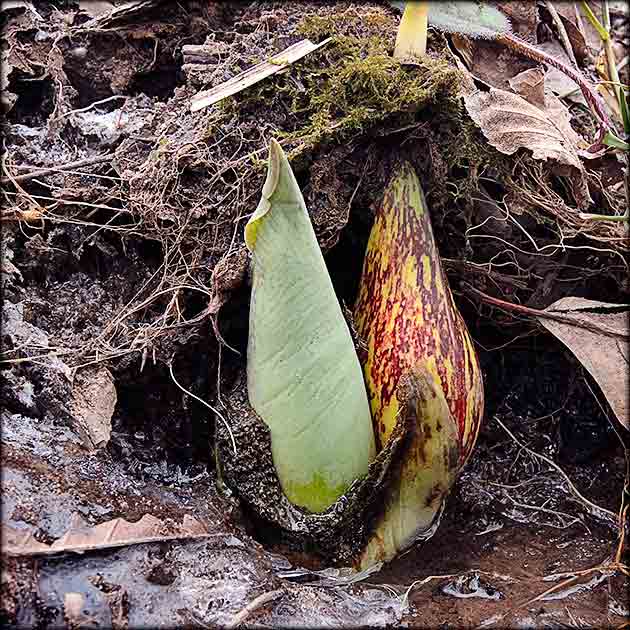 Posted by Ontario Wanderer at 12:24 pm No comments: