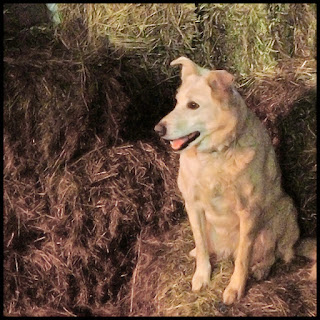 RIP Calla: Yesterday full of energy, pulling at the lead, wanting to go faster and faster. This morning Calla could not get on all fours when I came into her barn stall. When I went in, she slowly collapsed to the floor, turned her head to lie it on my shoes and, while I petted and talked to her, whined, took a few breaths and died. Took her body to the vet. No external signs of problems. Some internal problem took her from us. It leaves a huge hole in my heart and life and in the hearts and lives of Fleur-Ange and our neighbours. She was a great dog!

Posted by Ontario Wanderer at 10:57 am 4 comments: 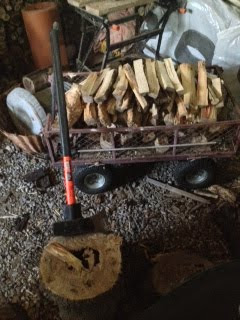 I thought if I kept chopping wood my hands would get warm.

OK, finished project is below: 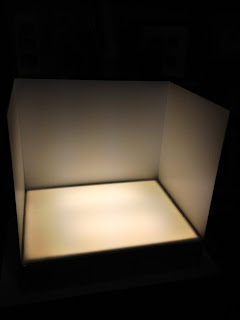 And the first photo, for the Flickr photo Challenge of the Day:  "Power."

Where does this get plugged in? 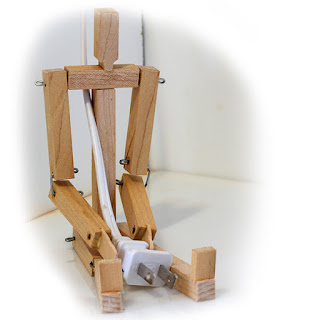 And the second photo for the photo challenge of "Literature." 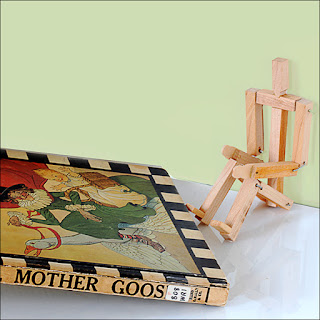 Hoping to have some more fun with this project.

Posted by Ontario Wanderer at 5:44 pm No comments: 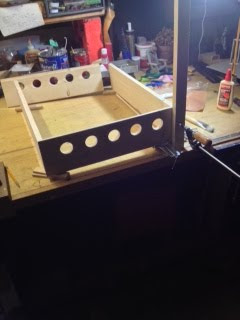 For the last week or so I have been spending time working on designing and building a light box/mini photo studio for an upcoming art project. Here is a photo of the work in progress.
Posted by Ontario Wanderer at 6:32 am 1 comment:

Some how time is moving a lot faster than I am these days. I have blog ideas and then it's the next day and the next and nothing is posted.

No snow for Christmas but my partner's granddaughter and family dropped in. Nice.

Snow for the day after Christmas and my granddaughter and family were here for a while. They left early to avoid a larger storm that was supposed to be on the way. Great to see all of them!

Snow came and then went again. The large thaw happened last weekend with record breaking heat. It was up to +15 C. The result was the first snowdrops of the year in bloom and some crocuses too.

I've heard spring songs from the Chickadees, the Cardinals, and the Great Horned Owl. The coyotes seem to spend more time singing lately too but I am not sure that has anything to do with spring.

Two mornings last week we had 8 white-tailed deer in our east meadow. There were two in the west meadow last evening. I've not see the wild turkeys but there tracks are numerous, or at least were when we still had snow.

My flower sightings for the month of January are up to 14 already. Most are hold overs from December but there are a couple of new bloomings.

Maybe, just maybe, I can get back to blogging more often.
Posted by Ontario Wanderer at 7:17 pm 1 comment: