I have been trying all week to get this tiny video to load. It finally made it today. Just pleased with the winter that we are having even though it is a bit cooler than I like. (Read wind chills of -30 C on too many days.) However, I have been able to play with some of my snow toys like my snowshoes that have hung in the barn for several years without use and my gaiters to keep the snow out of my shoes. I still have not used my skis but then skiing at - 20 even is a bit daunting these days.

Woke up to lots of snow and wind again this morning. I was optimistic and put on my running gear but when I went out to feed the animals I found lots of drifts even between the house and barn. I did some shovelling just to get into the barn and found snow inside the barn by the east door, the donkey's door that just was open a crack and the goose's door that was not open but wind had taken the hay away from the crack at the bottom and replaced it with snow. After feeding the animals and getting the dogs back inside, I started shovelling the driveway. I spent two hours and about fifty minutes with shovelling but did not get the top of the driveway, where we usually turn around, finished. The main part of the driveway was finished and I shovelled out the end of the driveway twice after two different snow ploughs came by within the time I was out. 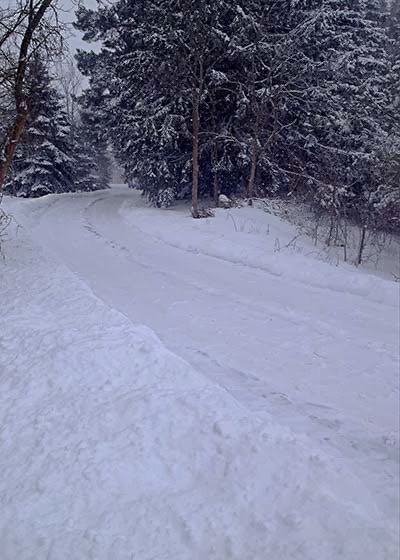 Still Cool Around the Edges

Sixteen degrees Celsius below freezing this morning but it warmed  up to -12 this afternoon. Hoping for even warmer on the weekend. The photo below does not show the fine flakes of snow or ice crystals that were coming down just at sunrise this morning but the cold temperatures are probably evident to the eye. 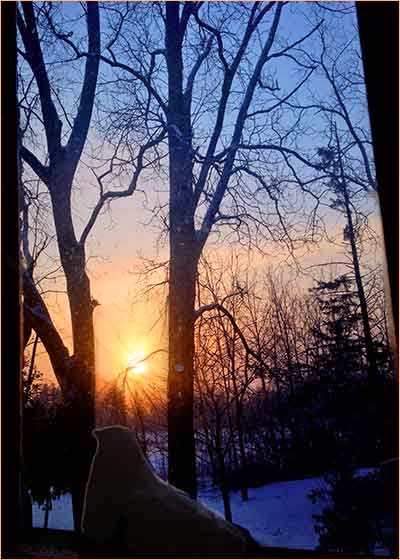 Got through my 71st birthday a couple of days ago with little fuss and bother. I did the regular routines of volunteer work at the local organic farm and then some work out time in the gym. The only real difference was the load of Facebook and e-mail greetings. I think there were over 60 of them. I did not realize that I had so many contacts that would take the time to drop a line. The next day, Fleur-Ange treated me to lunch which was an unexpected treat. Now if the dogs would only start behaving . . .

(Ardis, is this easier for you to read?)


Posted by Ontario Wanderer at 4:50 pm No comments:

I am 80% positive that this is a Yellow Avens (Geum aleppicum) as I know that we have lots on our property. That being said, it could be Wood Avens (Geum urbanum) as we do have some of them on our property too and they are difficult to tell apart during the summer so positive winter ID is even more problematic. 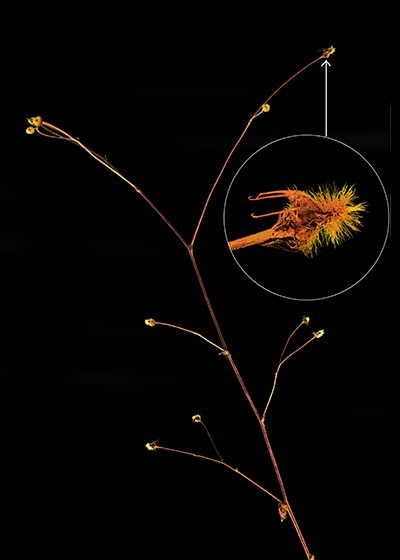 Posted by Ontario Wanderer at 10:26 am No comments:

Yesterday was not a particularly good day. It started by our dog, Sadie, slipping behind me when I was in the chicken pen looking for eggs and grabbing a chicken. She was out the door before I could stop her and so we are now down to one laying hen and 1 rooster.

Our training run was on slippery snow so 10 k felt like a lot more by the time we were finished. Hope it is better next week.

The cold and snow have returned, after not being very far away in the first place. It is hard to find colour to photograph. That being the case, I found a milkweed plant that had lots of pods and brought it inside out of the wind and cold and did my best to make it beautiful. Below is the result: 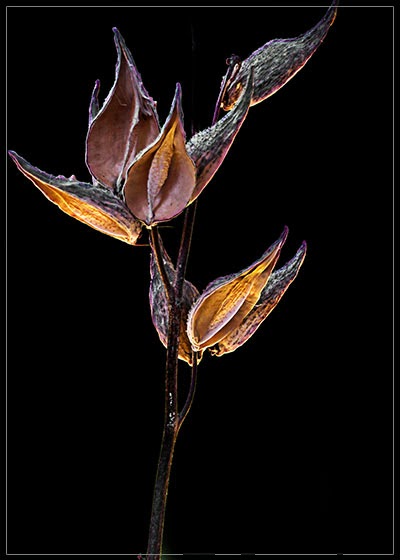 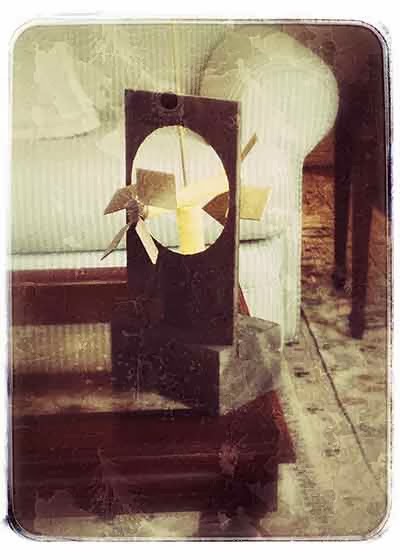 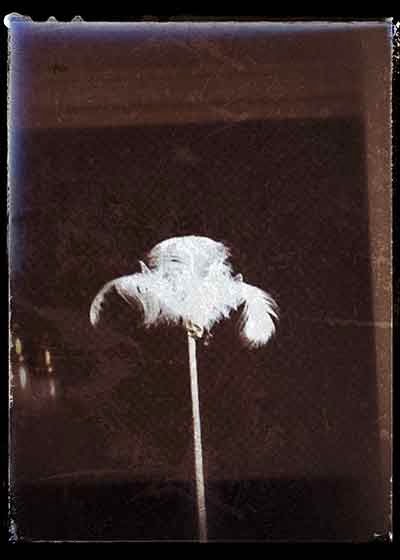 Oh, both photos were taken and adjusted by an iPhone photo app. They are two parts of a whirligig that I made a year ago.
Posted by Ontario Wanderer at 4:24 pm 2 comments: 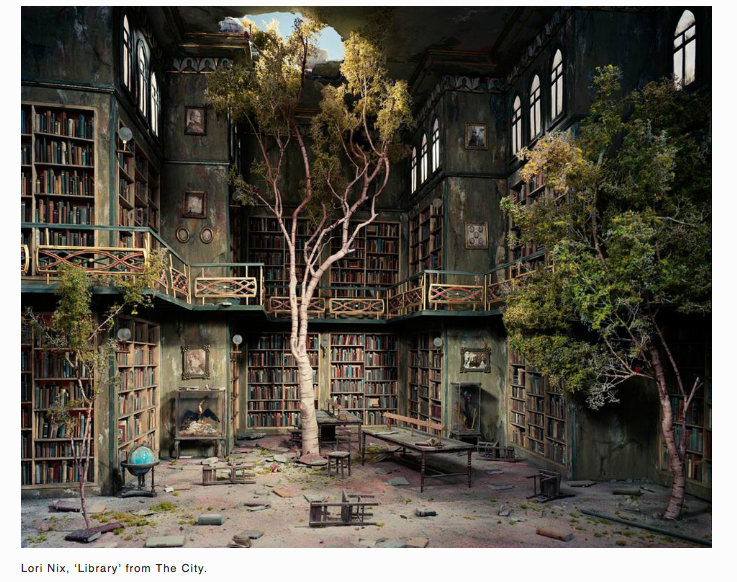 The daylight hours have been getting longer since December 21 but all the extra minutes were going onto the end of the day. Sunrise was still arriving later until December 30 when it happened at 7:54 at our latatude and longitude. Since December 30th, the sunrise has remained at 7:54 or at least was rounded off to 7:54. Today, for the first time in 2014, the sunrise was earlier. It was 7:53 a.m. It will be a few seconds earlier each day until near the end of the month when it will start coming up a full minute earlier for a while. Nice to know that we have turned the corner in terms of sunrise. With any luck I may sleep in until after sunrise . . . in about 6 months . . . for a day or two . . . maybe. Actually, I almost never get up that late. The "earliest" that the sun comes up is around the summer solstice and then it comes up at 5:41 and since I almost always get up at 5:00 or before, I will still be up in time to watch the sun come up. 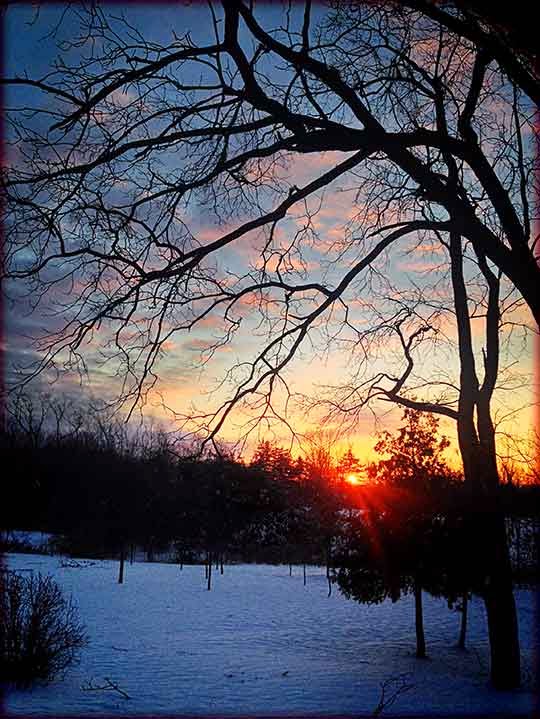 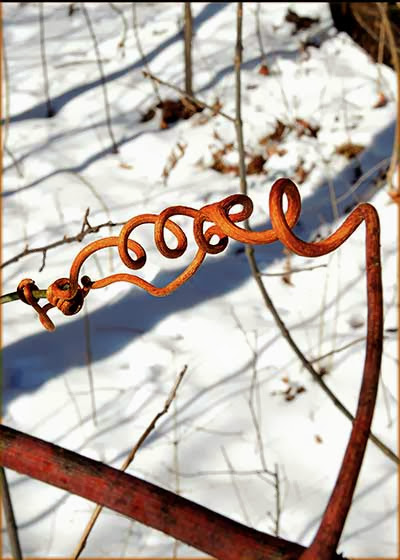 Posted by Ontario Wanderer at 8:09 pm No comments: