Apparently I made an error in counting for the Friday flowers. There were only 60 instead of 61. In defence, I have several locations and times on the same list and I misread my notes when I tried to sort out just the Friday finds. Following is the  list of 60 flowers that I found:


One more flower from Friday: 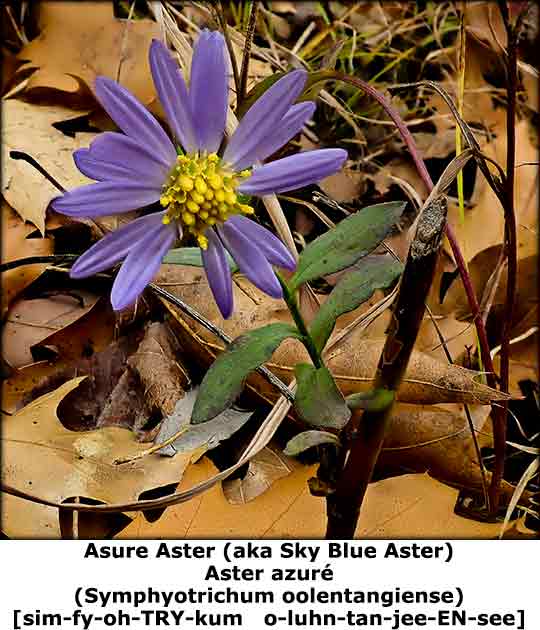 Posted by Ontario Wanderer at 12:34 pm No comments:

At the RBG, we have been waiting for a new freezer for weeks now. We use the freezer to attempt to keep our pressed flower collections bug free. There have been many delays and I just heard that we will be getting a smaller freezer as the one ordered just will not go through the doors. Anyway, without a freezer to work with, I have had more time to look for flowers on Fridays and have been able to get home earlier too.

Yesterday, I was able to find 61 wild flowers in bloom. I don't bother counting the many, many flowers that are planted in the various gardens. There are still many, many roses in bloom in the rose garden as well as others that have been planted this year.

Below is one of the flowers that I found and photographed yesterday. I found this plant blooming for the first time this year on June 15th. It is still going strong and will probably continue until covered with snow. I have found it blooming until December in past years. 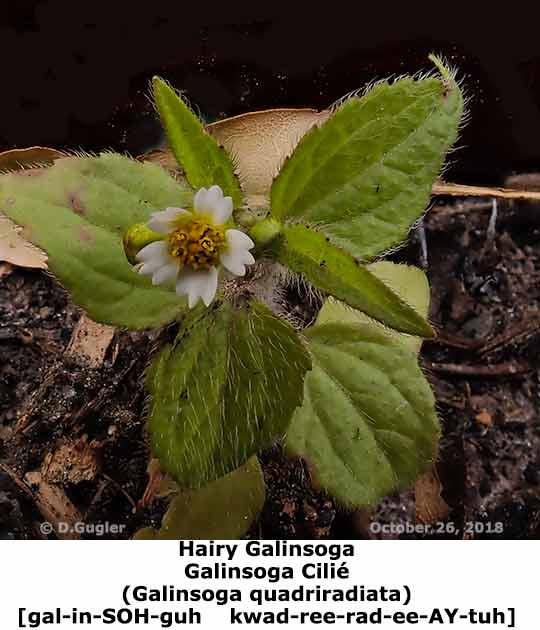 It is a small flower in real life. It is smaller than the smallest fingernail on my hand. In addition, there is another flower that looks almost exactly like it, Small-flowered Galinsoga, that one almost needs a hand lens to see.

The other interesting observation from yesterday was the Pumpkin Trail that was set up by the RBG. The staff carved over 200 pumpkins and placed them along some of the trails in the area of the Rose Garden and the Hendrie Valley just behind the Rose Garden. I was told that over 5000 people came to visit and walk the trails on Thursday and Friday. Below is one photo from the Hendrie Valley trail: 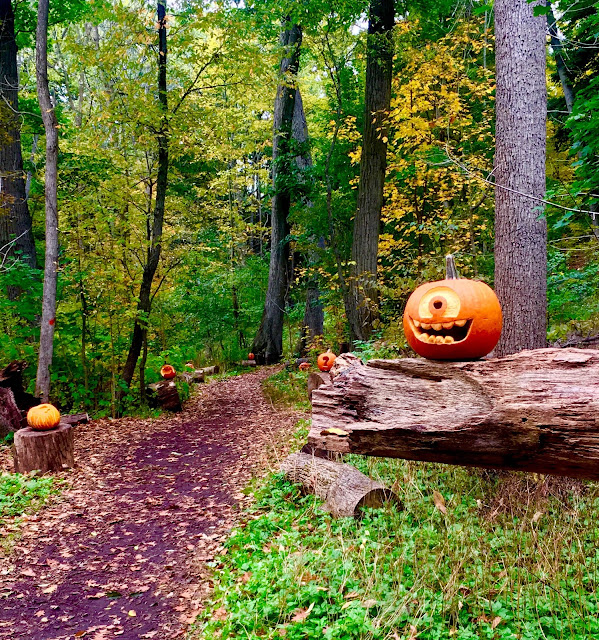 Posted by Ontario Wanderer at 5:07 pm No comments:

is one of my favourite wild flowers. Here in southern Ontario I have found it in bloom from May to December. Primary blooms are in the spring but it blooms, off and on, for the rest of the time until the snows come.

Several years ago, when I took a foundations art course at a local art school, I did a special project on the Herb Robert. I made sketches, elaborate drawings, watercolours, a large acrylic painting (just over a metre on each side) and a wire sculpture of the Herb Robert as well as many photos. I am not sure where the photos are right now and my other pieces are in various locations but below are two more recent photos of the flower: 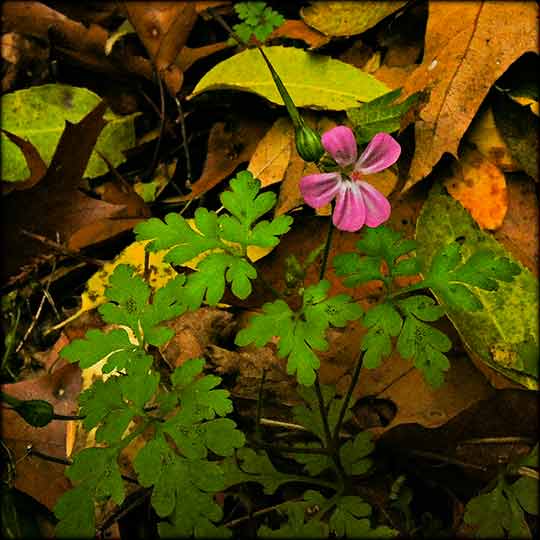 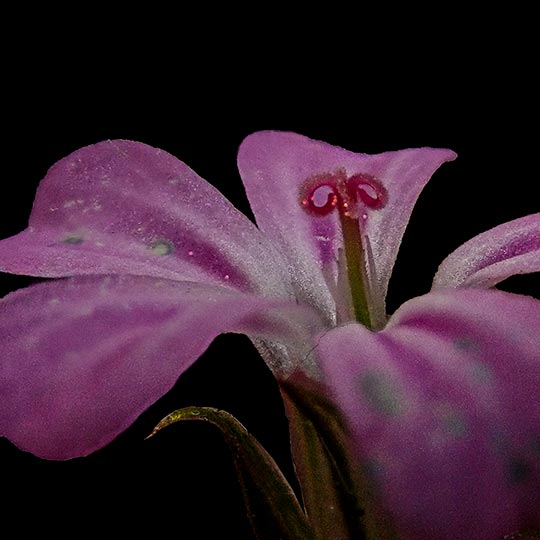 Posted by Ontario Wanderer at 2:06 pm No comments: 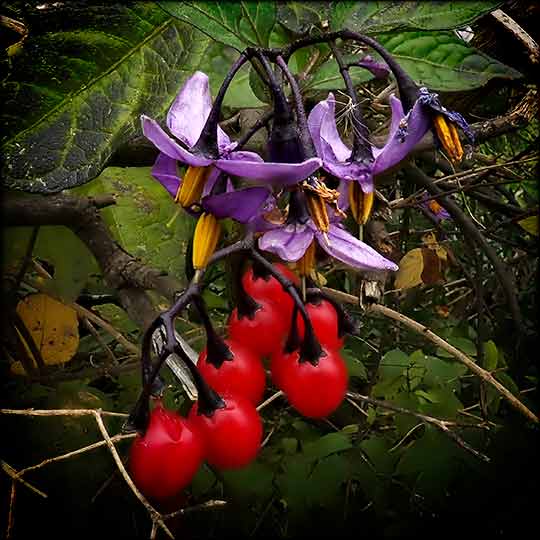 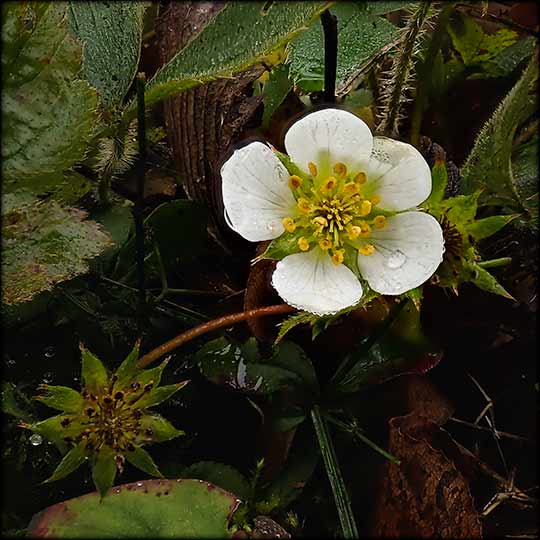 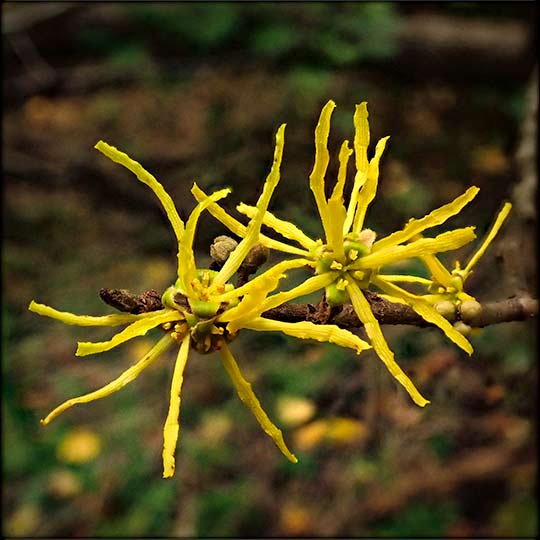 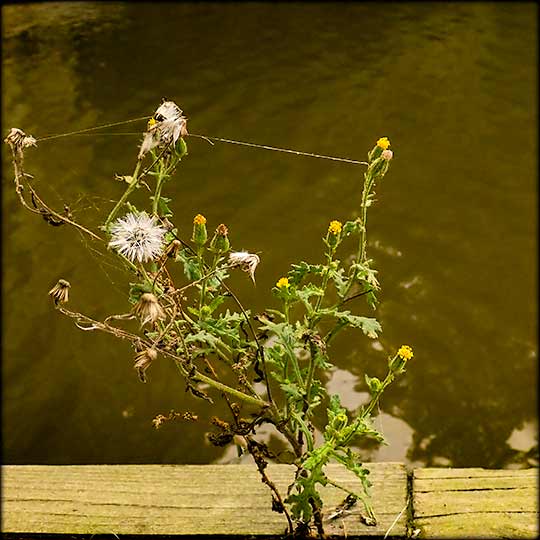 Posted by Ontario Wanderer at 1:21 pm No comments:

I did another  l o n g  training run yesterday for my attempt at a marathon in November. I ran 36.7 k on trails along the Grand River. I had support for the last 20 k from another runner in my running group, Ian Slater. As I ran the first 16 k on my own, I saw three deer and managed to get a photo of one with my iPhone. 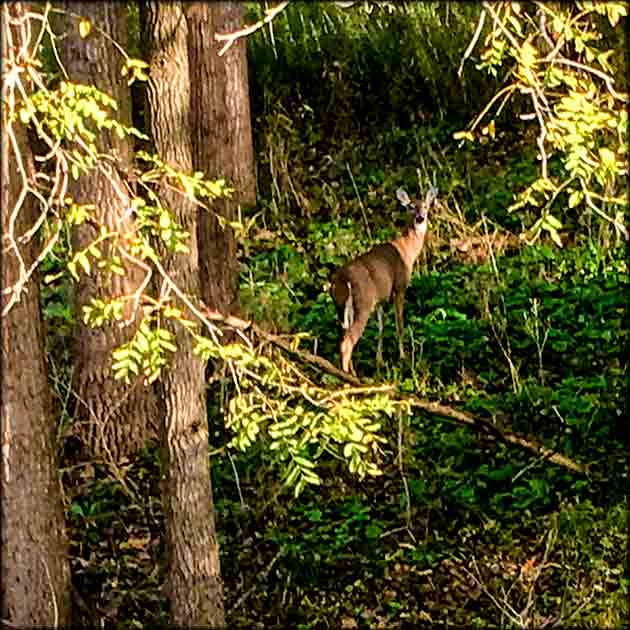 During the morning, while I was out running, Fleur-Ange got this wonderful photo of a Blue Jay just outside our kitchen window at our bird feeder. 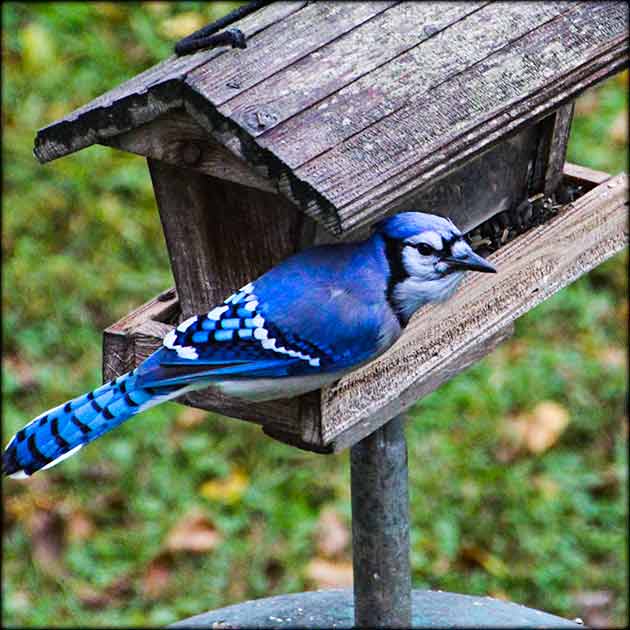 The fall colours do not seem a bright as some years but Fleur-Ange and I both enjoyed the colours just east of our house as we had our morning coffee on the east porch. 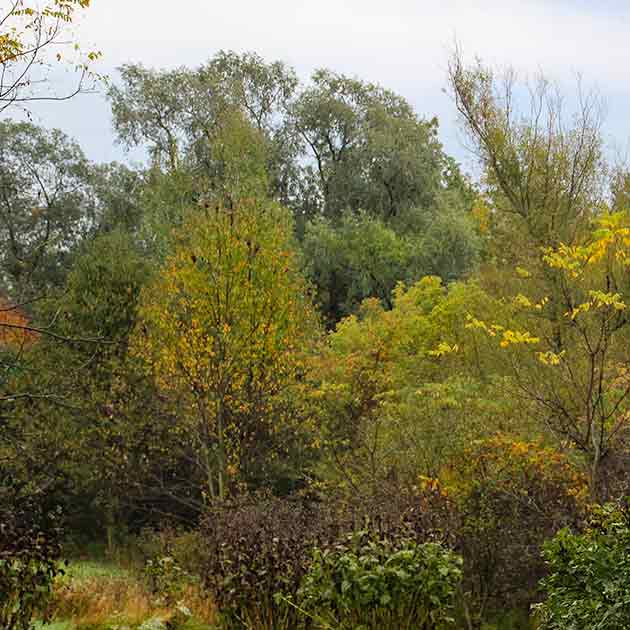 I used the telephoto lens on the Canon camera to shrink the distances among these trees and I think the colours were increased too. This is from the north ravine trail on our property. 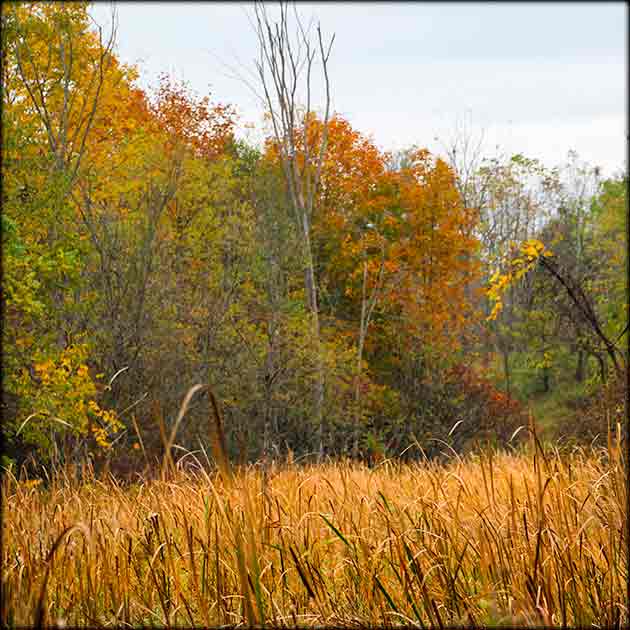 Posted by Ontario Wanderer at 12:00 pm No comments:

I put this photo up on Instagram and Facebook and got more interest than any other photo that I have recently shared so I thought I should share it here too so I can find it when I want to. Photos on Instagram usually stick around but Facebook is notorious for always moving things around so one cannot find what one is looking for. (Have I ended enough sentences in prepositions to make all of my English teachers turn over in their graves?) 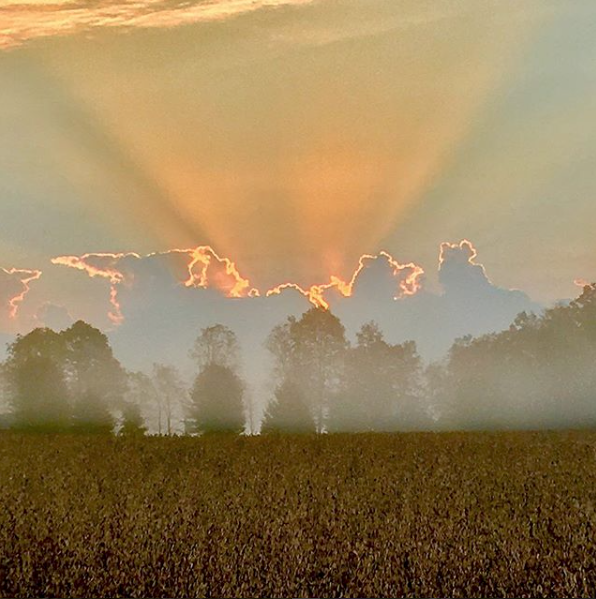 Posted by Ontario Wanderer at 5:13 pm No comments:

On my October 5th wild flower walks in the Hamilton area, I walked in the Royal Botanical Garden's Arboretum "wild" trails and along the Hamilton Waterfront Trail near Princess Point. During the walk I found 71 wild flowers in bloom and was able to identify 70 or them. The one that I could not identify was growing in the middle of a patch of Poison Ivy. It looked like a polygonum of some sort but it did not match any of the plants in my book.

Following are some of the plants that I photographed: 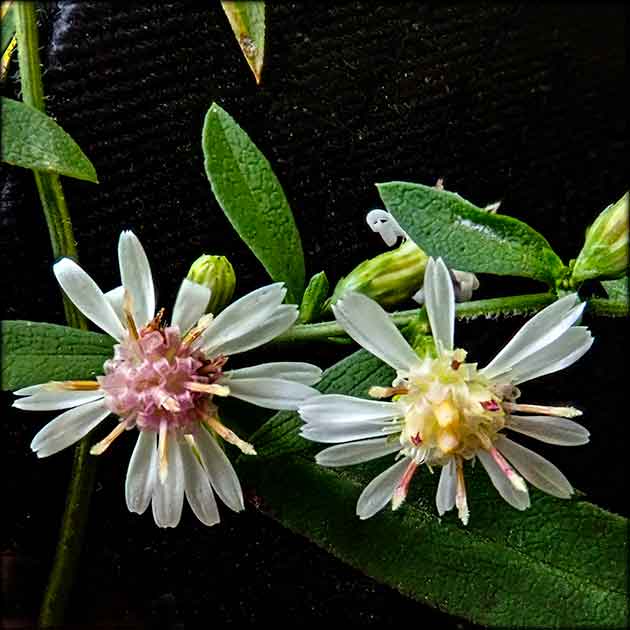 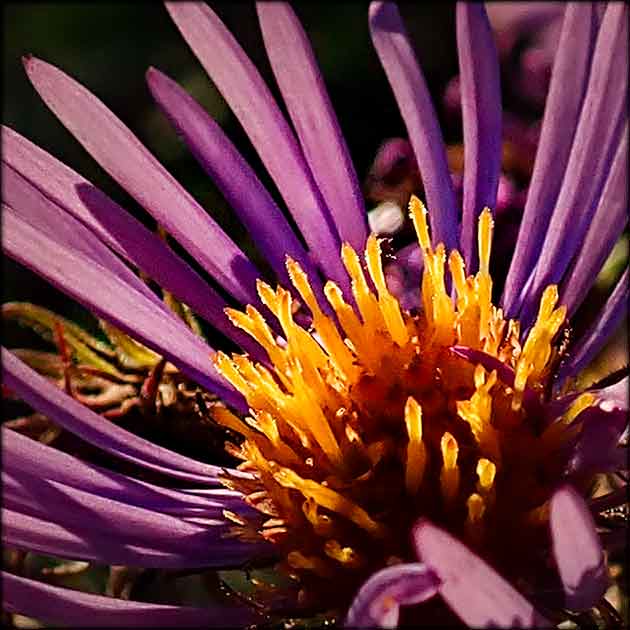 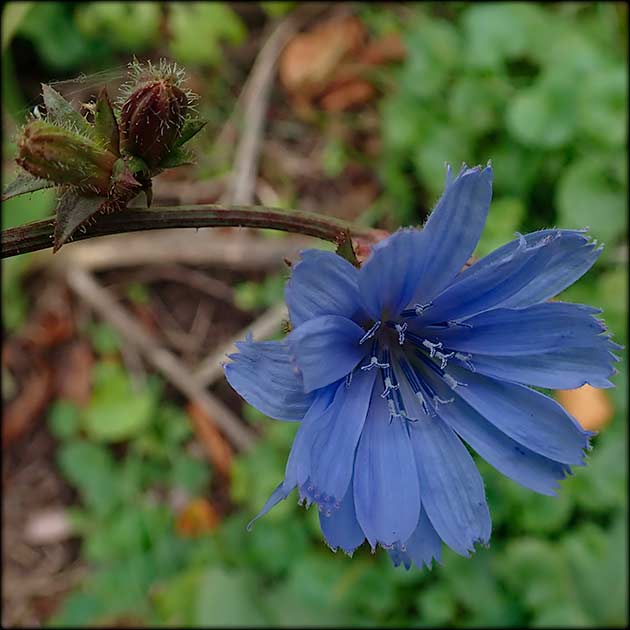 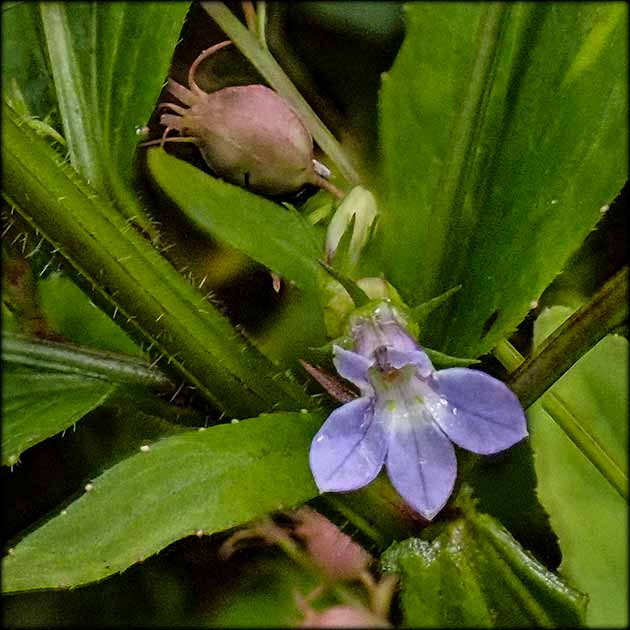 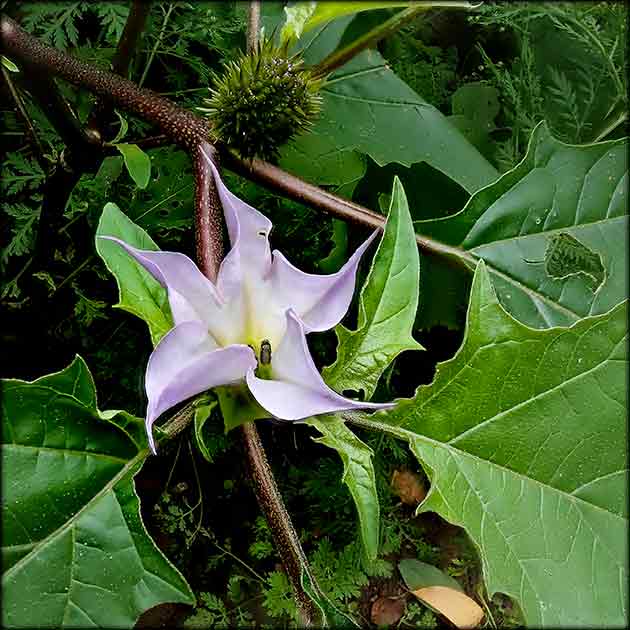 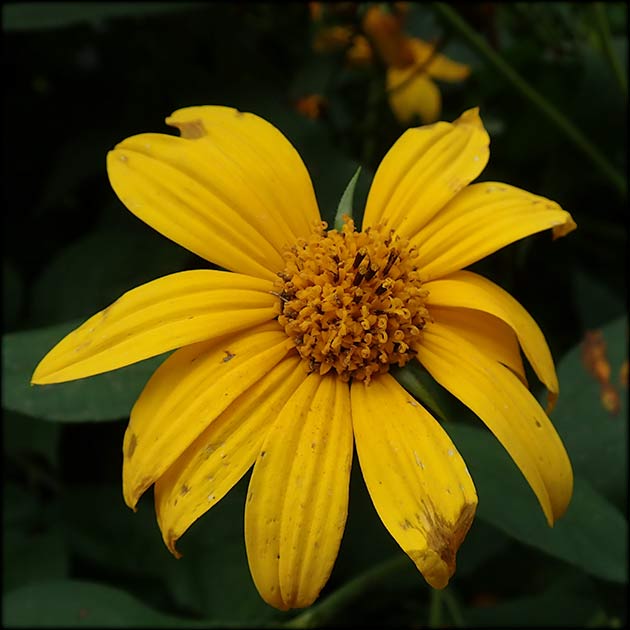 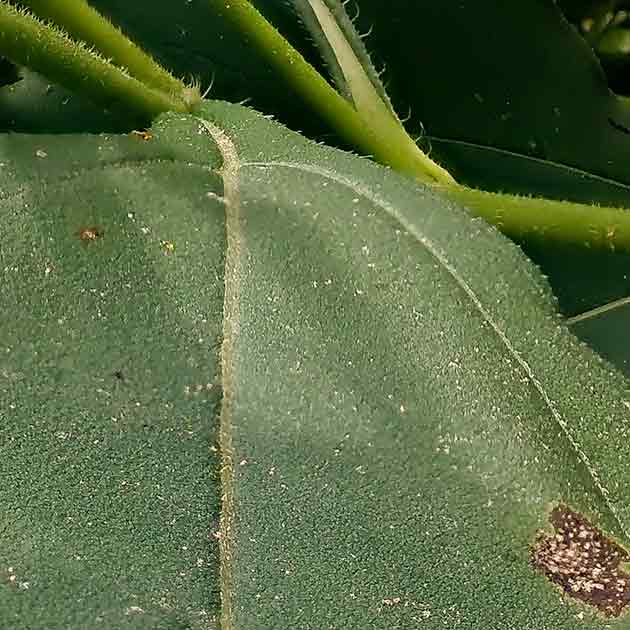 The Jerusalem Artichoke leaves and stems are known for their extreme roughness as one can see in the photo.


Posted by Ontario Wanderer at 2:44 pm No comments:

On our first full day in Victoria, British Columbia, I went exploring near the house where we were staying with friends. Within a 20 minute walk I found what the locals call "Mount Doug". The trail map, which I did not have at the time, shows some of the many trails that lead up and around the "mountain". It was only 225 metres (738 feet) tall but quite rugged in spots. The trails marked in  yellow below show my route up and back on that first climb. 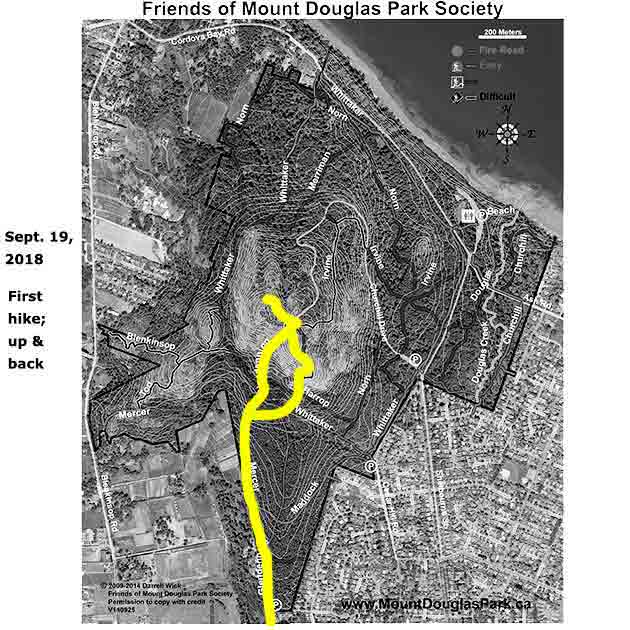 According to Wikipedia, "The aboriginal Saanich and Songhees people called the mountain Pkols [pq̕áls], meaning "White Head" in Senćoŧen dialect." There is an appeal to try to get the original name back on the records.

At the base of the mountain there were many tall Douglas Firs, Bigleaf Maples and Cedars as well as a variety of smaller trees. They were impressive but it was impossible to capture the feeling of them with a camera. 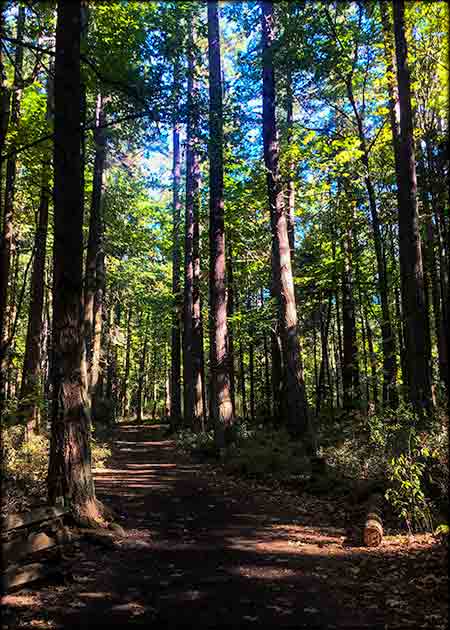 Below are two views from the top of Mount Douglas. 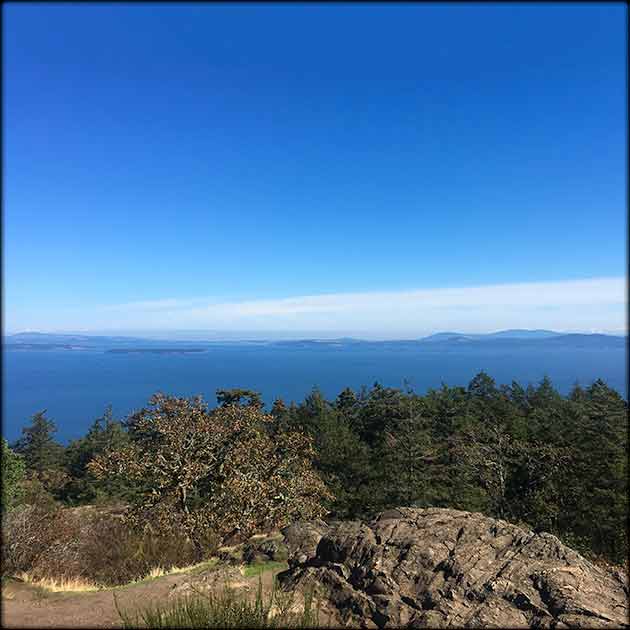 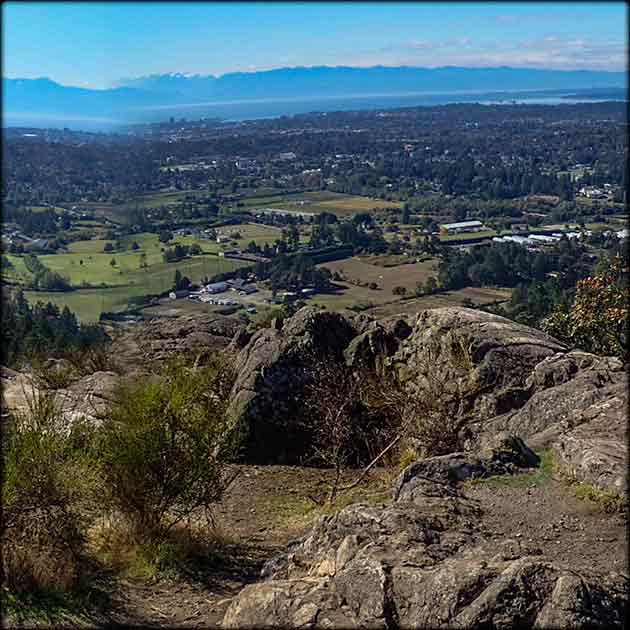