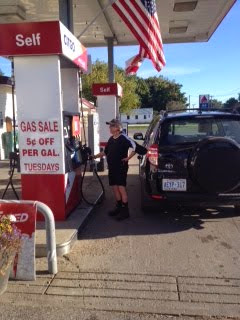 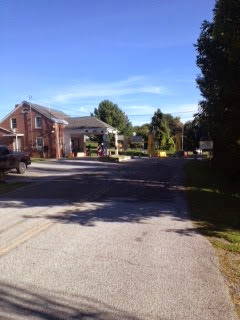 Back at the border to restart the walk south. 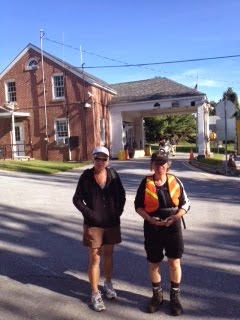 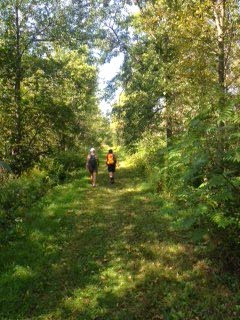 I tried to push this blog along by posting along the way but things do not always work as expected. When I tried to add words, last night, I only messed up the blog and now, at 5:30 on day 8, I have erased one of the photos. Sigh.

It was a very warm day for day 7 and both Fleur-Ange and I ended up with heat rash on our legs. I seem to be better at heat rash than she. Anyway, the day started on a fairly quiet side road just this side of the border and then some even more less travelled roads. Goats, donkeys, and cows were the high points of that part of the walk. Those photos are on my camera and need to be downloaded and added later. All the photos posted so far are from the iPhone.

After the nice quiet side roads, highway 78 was a bit of a shock. Lots of traffic including large trucks and many of them were trying to cut corners by going onto the bike lane. We had to watch carefully as we were not sure how carefully the truckers were watching. It was a great relief to get on the bike trail. Unfortunately it was only just over a km long. I timed it with the van so that I got to walk it twice, once with Fleur-Ange and Pauline and then back to the van on my own. I am learning to do the shuttle to my advantage whenever I can so I can walk the better parts of the trails twice.

After the bike trail it was a bit of 78 again with the traffic and then we turned onto U.S. highway #2. It turned out to be a lot quieter than 78 as we were on the section going down toward the islands and there were not as many trucks going that direction. It was a long 12 km on that road to be continued tomorrow. There is really only one road going north/south on the islands.

I suspect the high point of the day for Fleur-Ange was being allowed to reel in a sun perch from the bridge going over to Grand Isle. A fisherman had just caught the perch as we were there and he gave his rod to Fleur-Ange to bring in the fish. She was very happy. (I remember catching sun perch from the creek that ran through our property in Kansas when I was a child but I guess Fleur-Ange
did not have that experience.) 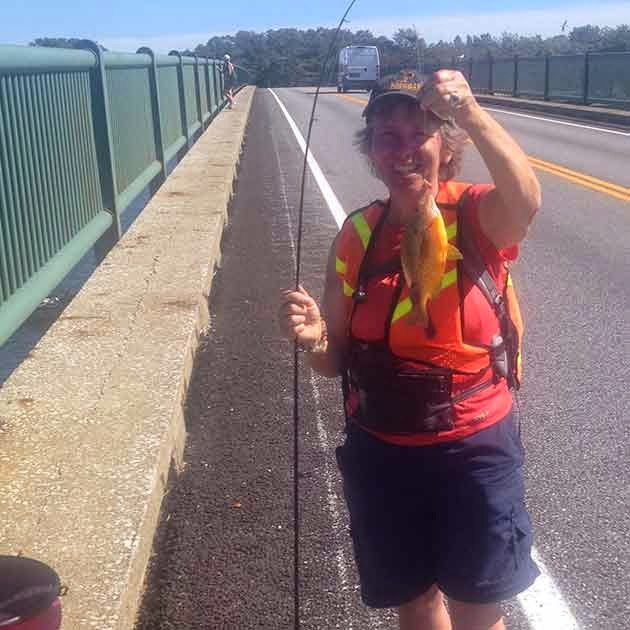 We enjoyed some ice cream sandwiches as we walked along. One has to check out extra experiences when one can. 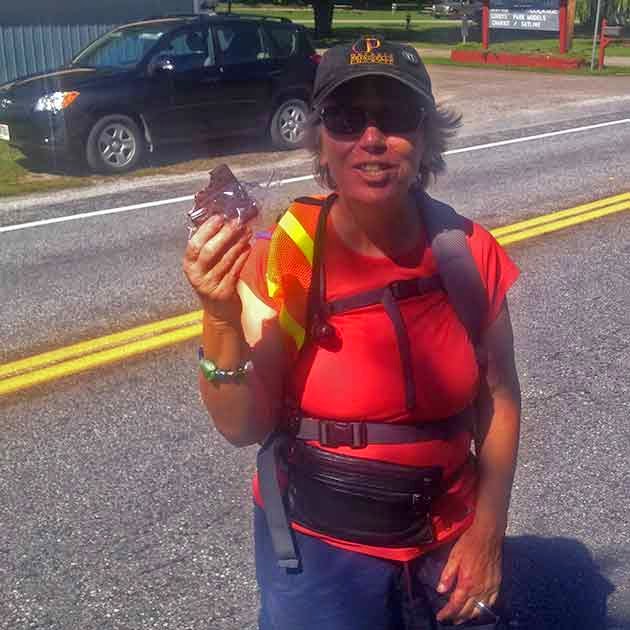 At the end of the day we all enjoyed putting out feet into Lake Champlain. The "beach" leaves a bit to be desired as it was a rock beach instead of sand so getting into the water for a swim would have been too much of a challenge for tired people. 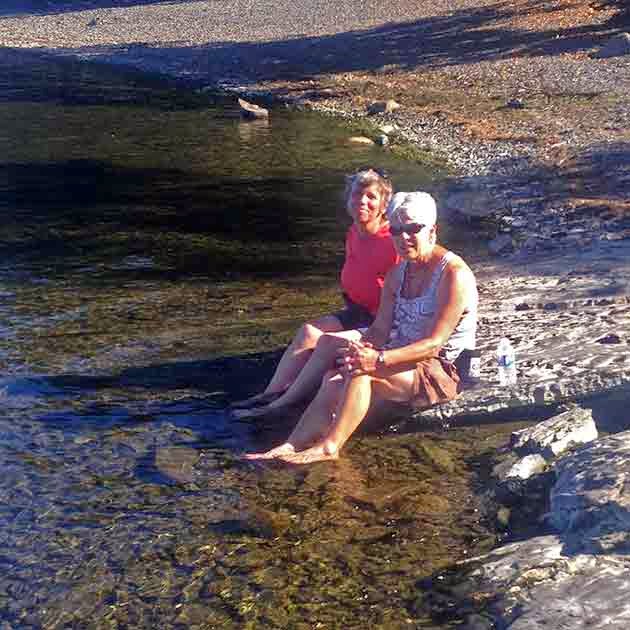 Guess what we had for supper. I cannot remember the last time I had any hot dogs roasted over the coals. 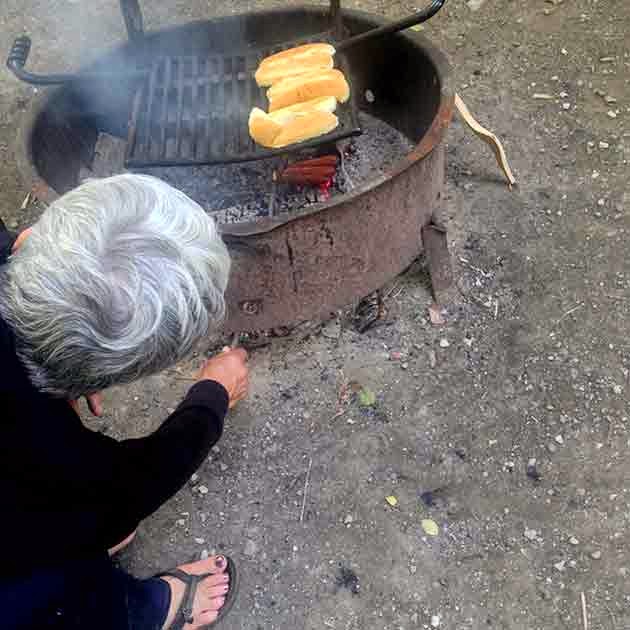 Posted by Ontario Wanderer at 12:54 pm