Day 2 of the Long Walk 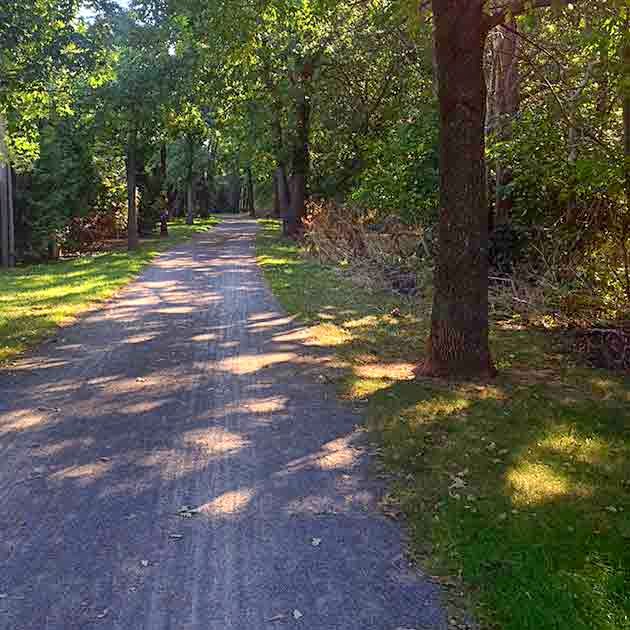 It was a very different day for me today. I started the shuttle routine. I walked with Fleur-Ange and Pauline for the first two km and then returned to get the van and drove ahead of them. I parked the van and then walked back to meet them so i could walk with them again. It was great that the first two km were so nice. It was a shady bike trail with a good number of bikers and other walkers as well as runners.

Finding my way out of the side streets was not as difficult as i expected. Just after I parked the van I got a text from Fleur-Ange asking mr to go to the Toyota dealer further down the road to get the needed oil change. I declined as i did not want to deal with mechanics that probably spoke English as well as I spoke French. When I met Fleur-Ange and Pauline we stopped for lunch at an ice cream place…unfortunately, the Ice cream place was not open yet so we missed out but did enjoy the shade and tables that were provided outside. 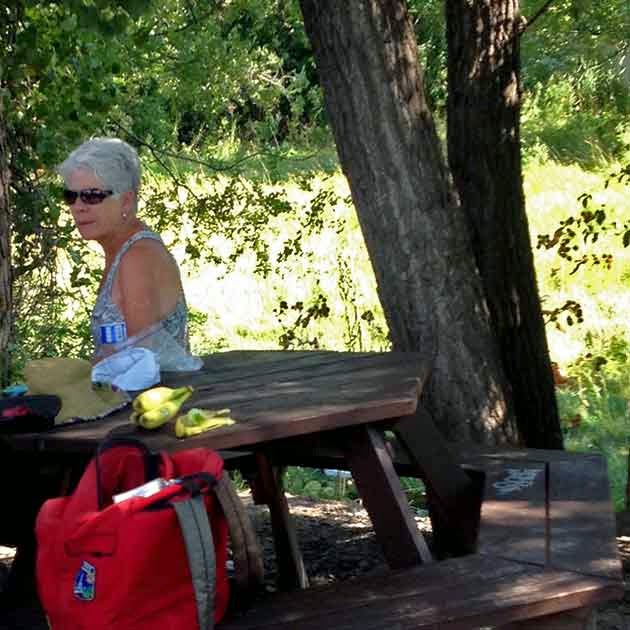 There was also an interesting sculpture almost across the street. 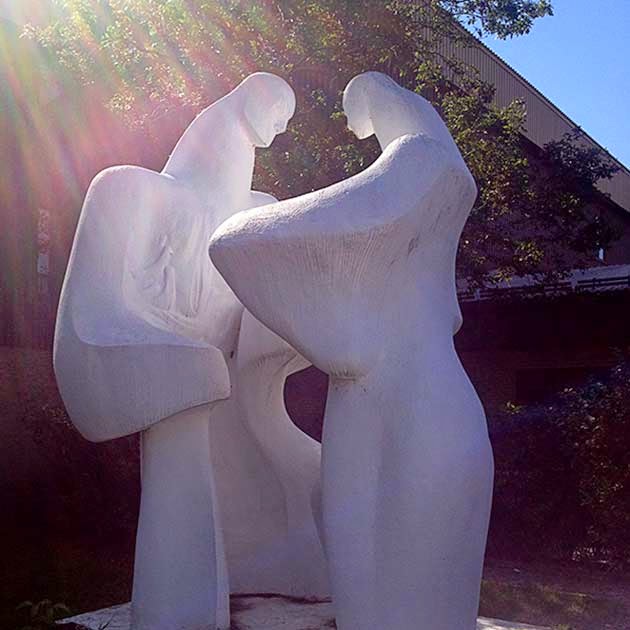 As we continued down the road we did indeed find the Toyota dealer. Fleur-Ange went in to check out the possibility of getting an oil change. Oh yes, there was an express oil change section. Just drive in and out in less than 20 minutes and they did have some English speakers, so I was out of luck and Fleur-Ange was in luck. I walked back, got the van, drove it to the express oil change location and only had time to visit the washroom and read a couple of e-mails and the van was finished and I was only off the trail for about 12 minutes. 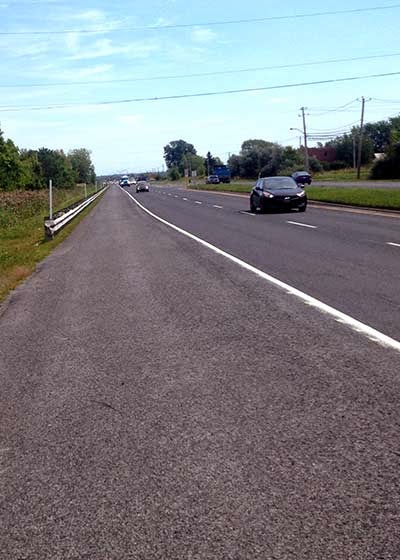 I caught up with Fleur-Ange and Pauline just before the next road change, moving from a smaller street to a 4-lane highway. I walked down the highway with them for about a kilometre then returned, again, to the van to move it ahead to the end of the highway section where the selected route would take us to a lesser used street again. Temperatures were getting quite warm and there was no shade on the highway so I was just as happy to not do the whole distance even it was only just less than 3 km.

In driving to catch up, I missed the road where we were supposed to turn as the street sign on the right side of the highway was not the same as the one on the left so by the time I realized my error and got back Fleur-Ange and Pauline were already at the corner. They had found a shady spot to sit so they did not miss the turn but it was close.

At this point in the day, we were within 5 km of the end and our B&B so I took the van all the way to the B&B and then walked back to meet the others again. As I walked, I noticed a bike path next to the river just a ways off the street so when I met them I suggested the bike path which we took. It passed by a historic fort next to the river and there were various information signs along the path so it slowed the pace down a bit but it did make the last few km of the day more enjoyable. 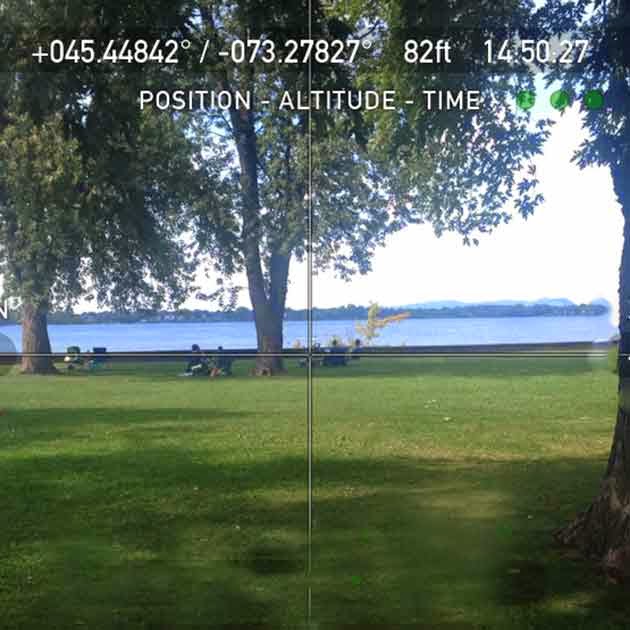 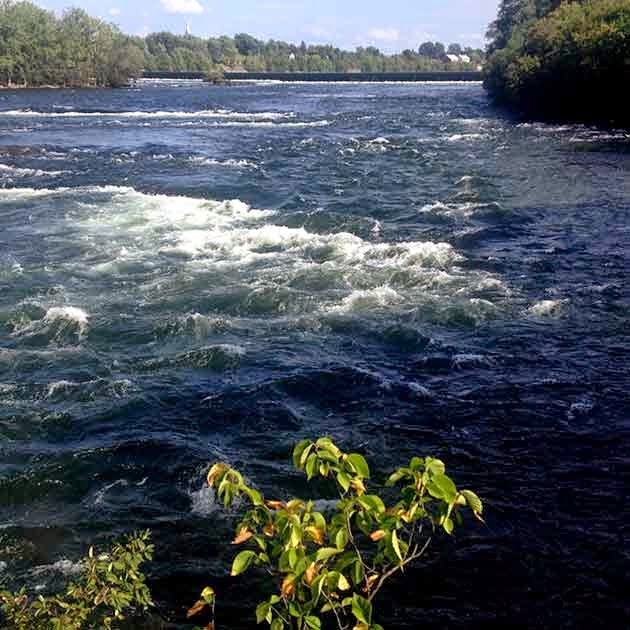 End of day two, 40 km finished, and Montreal is only a distant view already.
Posted by Ontario Wanderer at 6:25 am