Well, my computer is back from the shop and appears to be working fairly well. Meanwhile, Églantine and I took part in a "ski" weekend in Ottawa, Ontario while the computer was out. Little did we know that the weekend weather would conspire against us. We arrived in Ottawa in the wee hours of Friday morning in pouring rain and temperatures near + 5°C (41°F). The rain had changed to ice and snow by later in the morning and by Friday evening the temperatures had dropped to -15°C and then kept dropping until they hit -23°C (-7.6°F) with wind chill of -30°C (-22°F). Églantine and I chose to NOT go skiing. (About half the bus group did ski and found some snow on top of the ice but conditions were very poor and dangerous for the most part.) Églantine and I went to museums, art galleries, and bookstores and looked at some of the ice and snow sculptures that had been done for the winter carnival. The sculptures were not as good as other years as it had rained the first weekend and the competition was cancelled and then the deep freeze kept others away. Following are three sculptures that did get finished. The first was by Mother Nature, the second has a name attached and I missed the name on the third but I think all three speak for themselves. What is with this strange winter anyway? 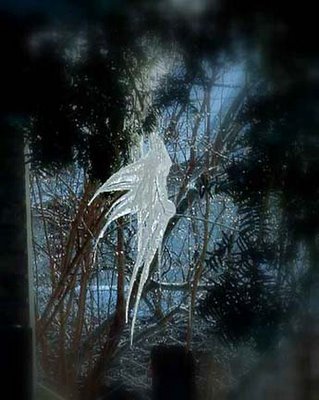 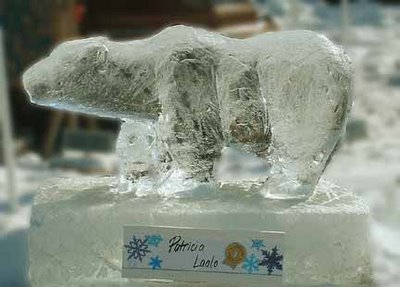 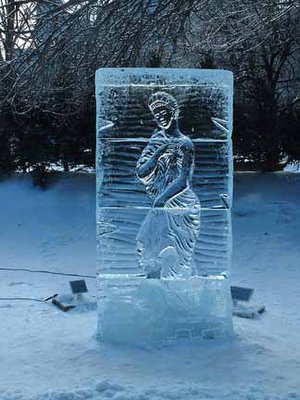 Posted by Ontario Wanderer at 2:27 pm

Welcome back! Sorry to hear that your ski weekend didn't work out in Ottawa, but it sounds like there were other things to do and see to make up for it. I think ice sculptures are very cool.

Glad you got the computer fixed. I always miss mine when it's down.

Those sculptures are nice indeed! People are so talented to do that sort of thing.

RD, Thanks! Yes we found lots to do. We visited the War Museum, with mixed feelings and saw the IMAX movie, Kilimanjaro. (I went through many memories of my climb in 1992.) We spent most of one day in the National Gallery of Canada and visited a friend of Églantine, some snow sculptures, ice sculptures, the skating canal, some bookstores and even walked through a shopping mall.

R, We were disappointed in the sculptures this year as they were so spectacular last year that this year's did not measure up. Problems with too much heat on one weekend followed by too much cold on the other made for difficulty with ice sculpting this year.