Yesterday we went on our first cross-country outing with the local ski club. 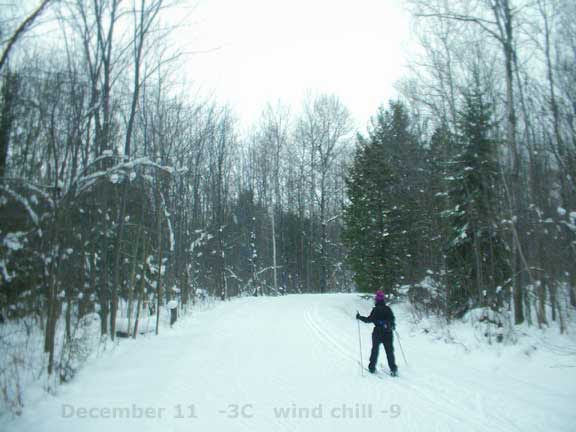 This morning, Calla and I found fox tracks in the cold snow. 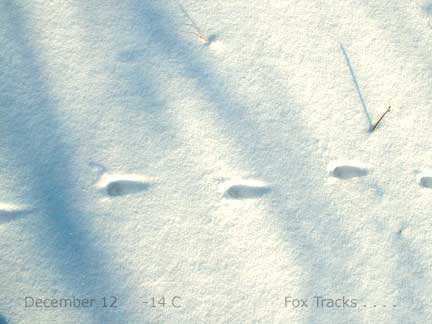 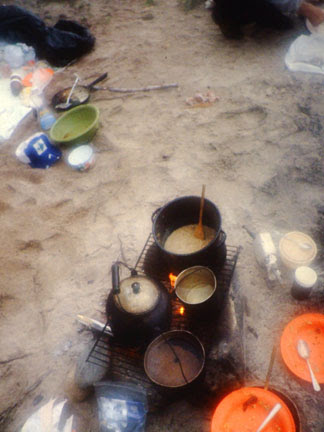 We were up early for a good breakfast before the long 20-mile paddle down the lake. There was very little wind, which was good. There was very little current to help us along, which was not as good. The lake banks were rocky as promised but, since there was little wind, we were able to find one place to stop for a break. It would have been impossible on a windier day. 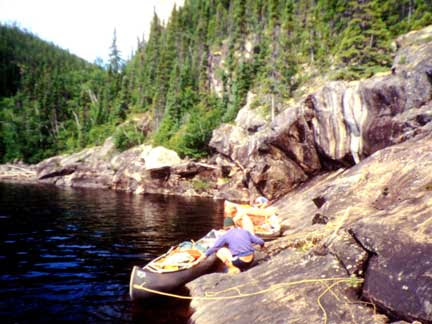 We found another place to stop for lunch by a bubbling brook. Well, ok, it was a bit more than bubbling. 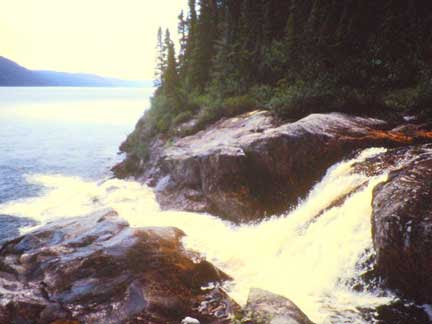 Just inland from the rocky shore there was a lot of moss in several different varieties. 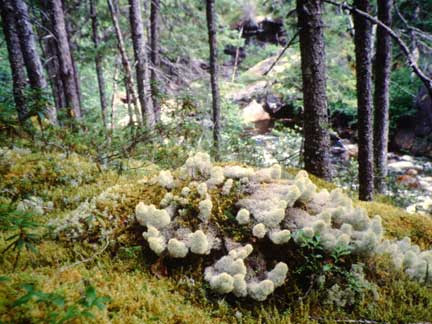 By the end of the 20-mile day, we were exhausted and ready to sleep anywhere. That was fortunate as the anywhere where we had to camp was rocky. 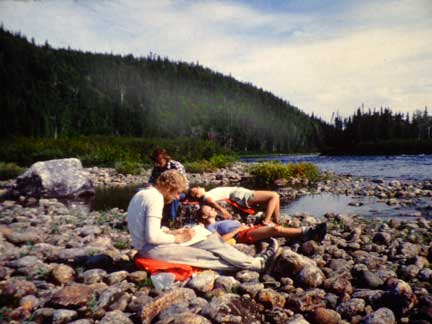 This is such a great voyage of discovery (I'm starting to think of you as Ontario Odysseus). And I really like those mosses.

Wow! It looks beautiful and wild.
You certainly found a rocky place to sleep. But exhausted made it better I'm sure!

Those 20 miles were quite beautiful. I love those rocky shores, even if they don't make very comfortable beds.

Looks like you had a nice day for cross-country skiing.