During my time in Valetta, I had only one really negative experience. On two occasions, when I was wandering off the beaten track, I found dogs that were kept in what I considered very bad quarters. The dogs were being kept in enclosures inside the body of the stonewalls at the base. There were few dogs on the streets of Valetta but there seemed to be quite a number imprisoned within the walls. The doors were metal and barred and only once did I see any of those dogs out for food and water for a short time. All other times the dogs were barking, growling, and snarling behind the closed doors. I did not ask anyone about them and assumed the worse. Perhaps there is a good explanation but I cannot think of any.

Below are two photos of dogs behind bars: 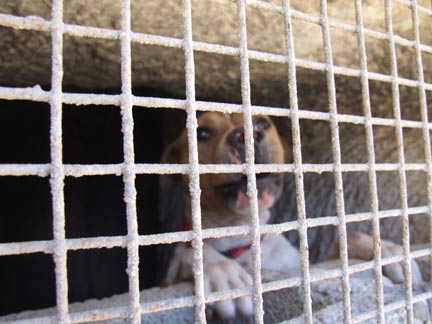 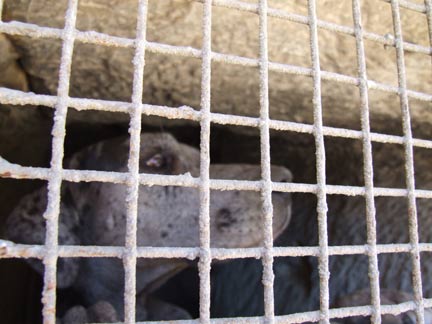 As my personal response, I made two photomontages asking why? In this first montage, I included the Eye of Osiris that is on almost every boat in the harbour. 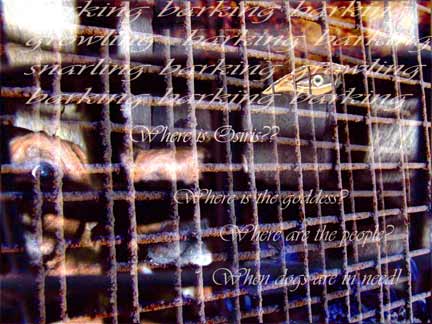 In the second montage, I included an image of what is probably the most famous hand sized goddess statue found in Malta. 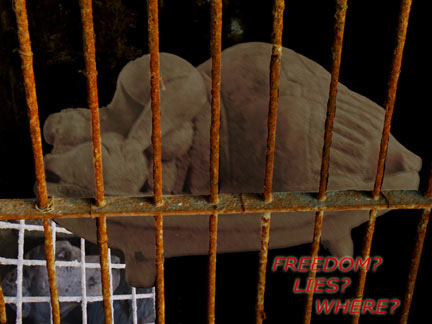 I invite responses from Malta, if there are any readers from there, or notes from any others who know why dogs are kept in dark stone places.
Posted by Ontario Wanderer at 7:07 pm

Oh, poor dogs. How sad. I hope someone from there will respond.

Those doggy pictures just about broke my heart. Poor puppies, it looked so cruel and they so unhappy.

The statue on the other hand, was incredible.

Even though i'm not into this knd of stuff, i heard that they are kept there temporarily until they find a better sanctuary or they are adopted by someone.

One must note that in Malta there is a very high rate of pet abandonment, and leaving all those dogs free can cause harm to people.

R, We did get a response. See below.

A, Perhaps it is like our dog pounds where dogs are kept locked up in buildings? Your note makes me feel a bit better about them. I still think that dogs need more sun and light.