First a spring wild flower note from Ontario. Last week I found, or had reported from the Hamilton area, thirty wild flowers in bloom. The names of the flowers and photos of Golden Saxifrage, Field Strawberry, Coltsfoot, Narrow-leaved Spring Beauty, Henbit, and Leatherwood are on my Wild Flower web site. The photos are from Églantine and I as well as two other local wild flower photographers.

Meanwhile, back in Valetta, Malta, I have three photos of the city walls taken from the harbour boat cruise that Églantine and I did. Malta was the site of a major siege by the Turkish Ottoman Empire in 1565. After the battle was won, at great cost, Valetta was built on a high ridge of land where the Fort St. Elmo had been located. The city was named for Jean Parisot de la Valette, the Grand Master in charge of the Knights of St. John who led the battle to defend Malta. Because the knights had "saved Europe Christendom from the Turkish Empire," Europeans helped in the design and building of the new city. It was, and is, one of the "world's great fortified cities." Look at the photos below and think about trying to storm the walls from your 16th century rowboat with a few thousand of your friends. (It was estimated that the Turks lost 30,000 men in the siege and the knights lost just over 8000.) 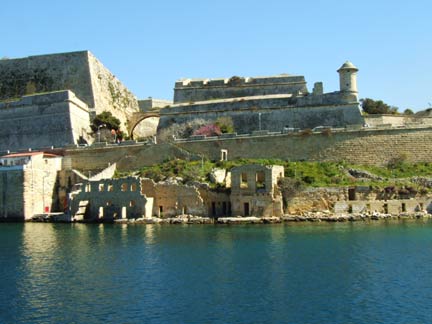 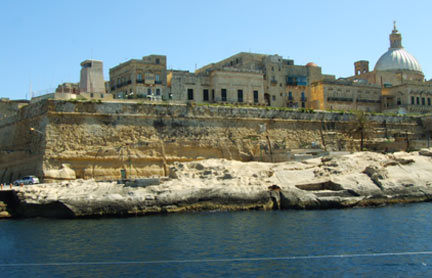 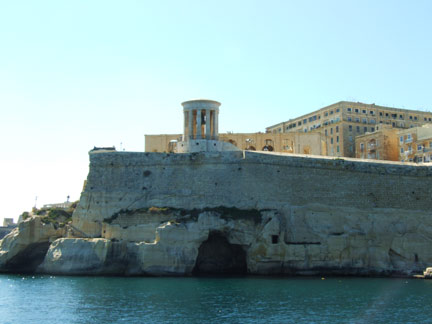 Posted by Ontario Wanderer at 10:13 am

Quite a fantastic looking city. It's like out of every movie I've ever seen depicting sieges. It is definitely the quintessential fortified city. Lovely photographs.

Your photos seem like illustrations for some exotic tale

RD, It probably was the scene you saw in the movies. "The Count of Monte Cristo," was filmed there and at least 6 or 8 other movies. I don't remember the names unfortunately. There will be a James Bond movie filmed there later this month.

E, It was exotic indeed.