Near this time of year in the Hamilton/Brantford area many shrubs and trees are often covered with vines with many, many white flowers. Some trees and shrubs totally disappear beneath this covering. 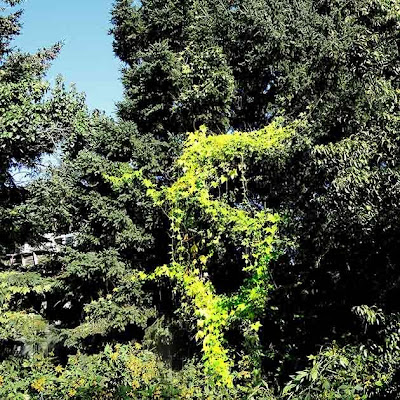 The vine in the photo above has finished blooming and is beginning to set its fruit. The Wild Cucumber, Échinocystis lobé in French or Echinocystis lobata [ak-in-oh-SIS-tiss   low-BAH-tuh], has a fruit that appears a bit like cucumber on the outside. 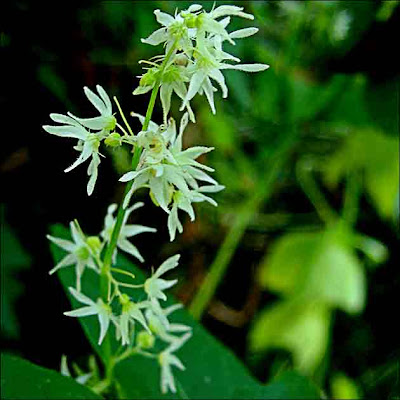 The photo is of the male or staminate flowers. The female or pistillate flowers are smaller, more inconspicuous and fewer at the base of the male flowering stalk. 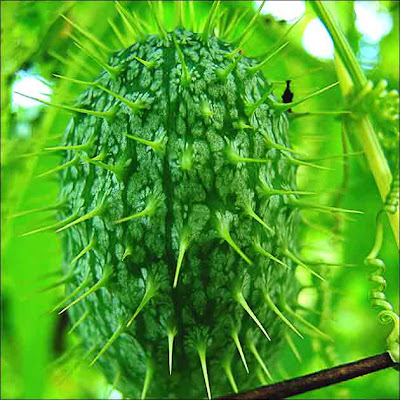 Here is a photo of the fruit. Until a few minutes ago I thought it was mostly full of air and empty space as that is how it looks later in the fall. However, I just went out with a scalpel and the camera and found that the inside is full of a very loose, foamy like material that surrounds the four large seeds. This last photo is of the tendrils which are many and really hang onto what ever tree or shrub the vine chooses to climb and stick to. 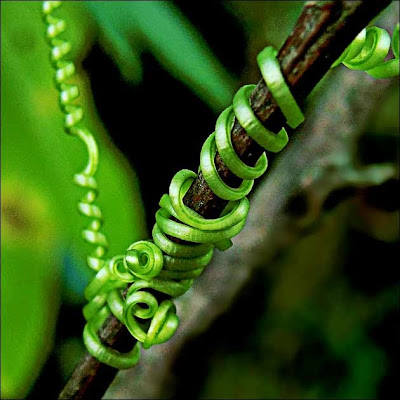 Posted by Ontario Wanderer at 10:35 am

Gosh! I'm up by Ottawa and I've never seen such at thing outside the cities in the hedgerows.