These Beechdrop flowers, Épifage de Virginie in French or Epifagus virginiana in Latin, were one of just over 70 wild flowers that I found this afternoon while walking about the Royal Botanical Gardens wilderness areas. They have almost finished blooming but I was glad to see them as I have not seen any for several years. It's not so much that they are rare but more easily overlooked than many flowers as they have little colour and no green leaves at all. They grow as a parasite on the roots of Beech Trees so are only found under beech trees and they do not show up until late August. They may be found, with luck, from late August until early October. 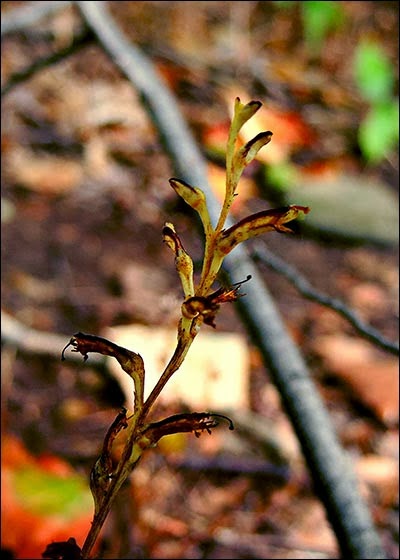 Thanks to Natalie at the Herbarium for pointing out the general area where I needed to look for these plants. Without her, I never would have found them!

Posted by Ontario Wanderer at 6:27 pm