I got a text this morning from our neighbour saying that an owl had banged into their window. She said that the owl soon recovered and flew away. I suspected right away that it was the little Screech Owl that sometimes stays in our "Wood Duck Birdhouse".  The photo that followed the text confirmed my suspicions. 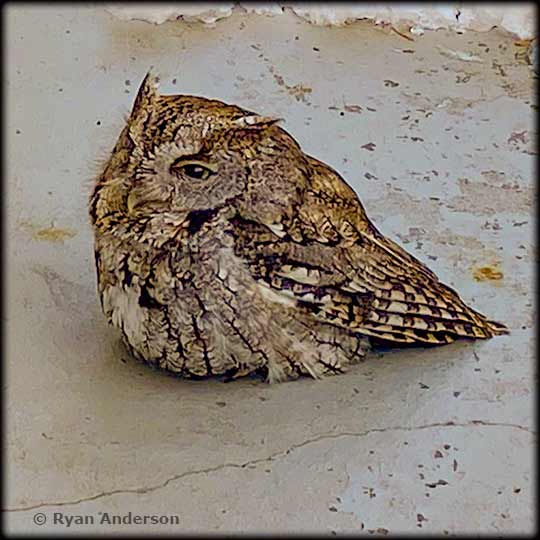 Another photo followed later showing the owl in the birdhouse. When I got home, I checked and saw that it was still there so I got out our camera and took another photo from further away. 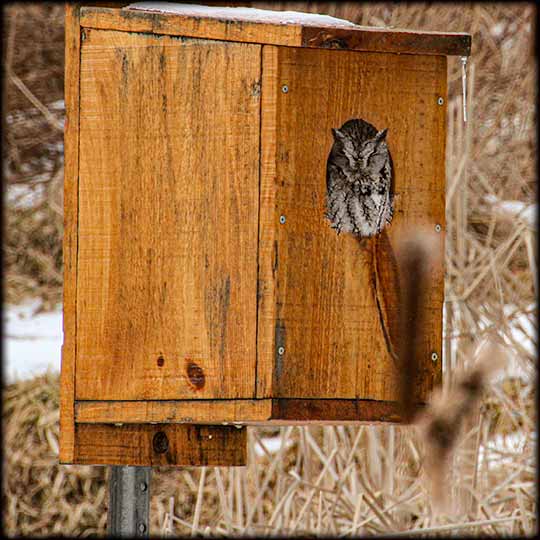 That Screech Owl, or another just like it, spent a couple of months in that same bird house last winter. It often played "peek-a-boo" with me as I went out and attempted to take its photo. It would be in the hole, as you see above, until I got out the camera and then it would be gone and there was only the empty hole. 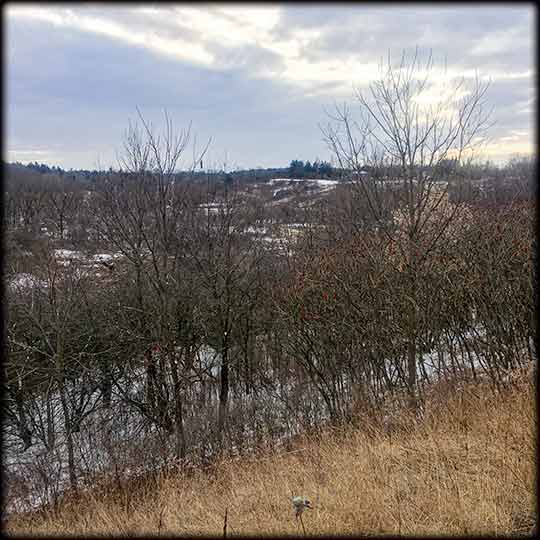 Posted by Ontario Wanderer at 8:07 pm