Adventures with an Injured Red-Tailed Hawk

Yesterday afternoon the dog and I started on our usual walk but went around the east meadow first instead of doing the usual west meadow walk. As we were walking, suddenly the dog made a lunge off trail toward the road. She, as always, was on a lead so she did not go far. I looked to see what she was going after and initially could not see anything. Then I thought I saw a racoon but on second look, I saw it was a bird. At first I thought it was an owl but it did not look quite right for an owl either. Closer inspection  indicated a hawk. It was a Red-tailed Hawk and it was standing upon the ground just outside the fence on our property quite near the road. 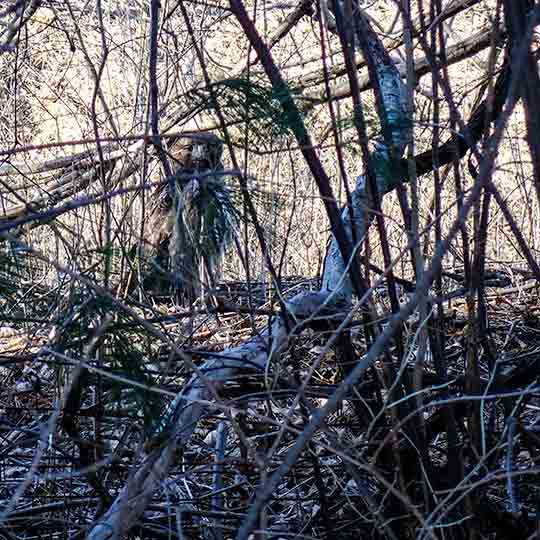 I took the dog as far as the driveway and then returned to the hawk on the side of the road. It had not moved and it looked a bit roughed up and was holding its wings in a strange position. As I was not prepared to  try to pick it up, I went back to the house and tried to find out who to phone via the internet. I made a couple of calls but since it was after 5:00 p.m. I did not get any answers. I did leave a message at one place but then thought of trying the Hamilton Bird Hotline to get help or information. 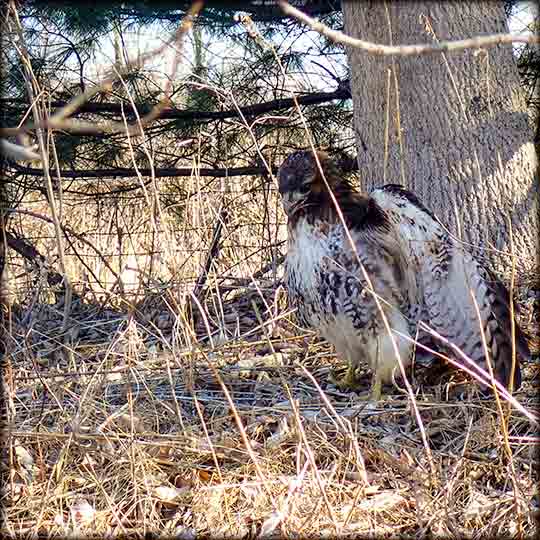 Through some answers from the bird people, I got in contact with the Hobbitstee Wildlife Refuge in Jarvis, Ontario.

When I went back to check on the bird, I could not find it and thought perhaps it was not as injured as I thought and had flown away. I said as much on the internet but then thought I should take the dog out and look one more time. The dog found the bird on our side of the fence. It had gotten caught in another fence trying to get to the next property. I returned to the internet to ask again for help. 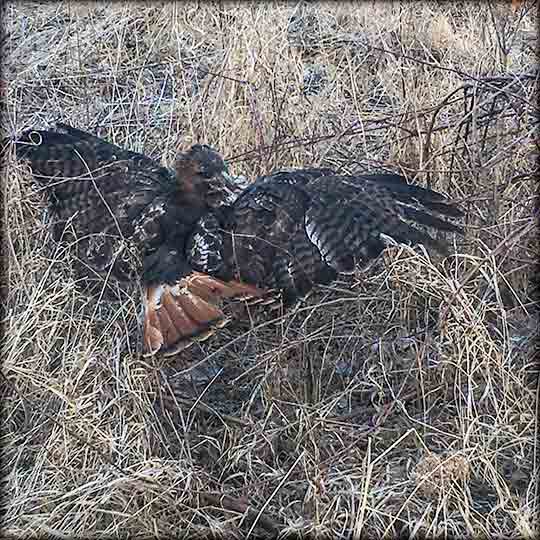 Dave Lowe, from the Hobbitstee Wildlife Refuge, was already  looking for me and the bird. We found each other and he collected the bird. He was not sure how badly the bird was injured but suspected a broken bone in one wing. He took it with him back to the refuge.

Later that evening I got a text saying they were fairly sure the hawk had a broken wing but they were going to have x-rays done the next day.

Here is the message I got from them today:

“He has bilateral wing fractures. Ulna on the left and radius in the right. We did xrays today. After a consult with an avian specialist we wrapped both his wings and will give it 2 weeks to heal. Because the ulna and radius are intact on each wing acting as a splint and because the fractures are lineup well in both wings the vet advised to immobilize and let both heal...so now we wait. He will continue to receive pain meds and such of course."

If you ever need help and live in our area, here is their business card: 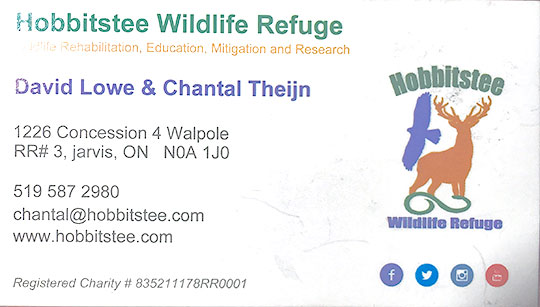 Posted by Ontario Wanderer at 5:24 pm

It's always so good when an injured animal crosses path with a kind-hearted and helpful person. Thank you thank you for your attention and your follow-up.

Thank you Dean for your kindness and updates!