October 1 - End of the Journey! 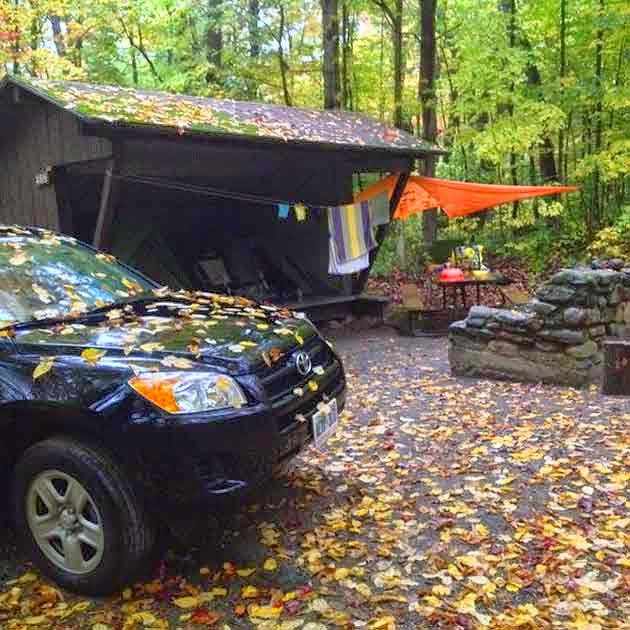 As promised, we had rain for our last day.
It was not hard but it started during the night
and went all day. 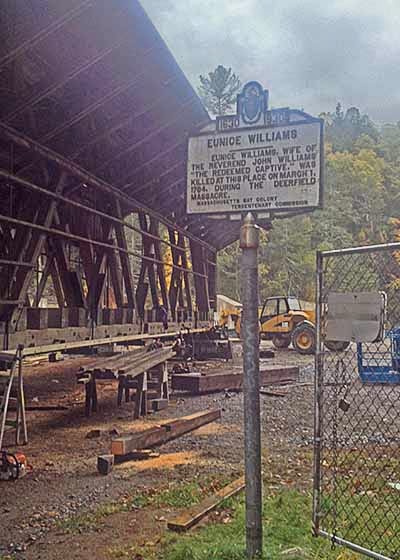 Our first stop was at sign and bridge
that we had been told about yesterday. 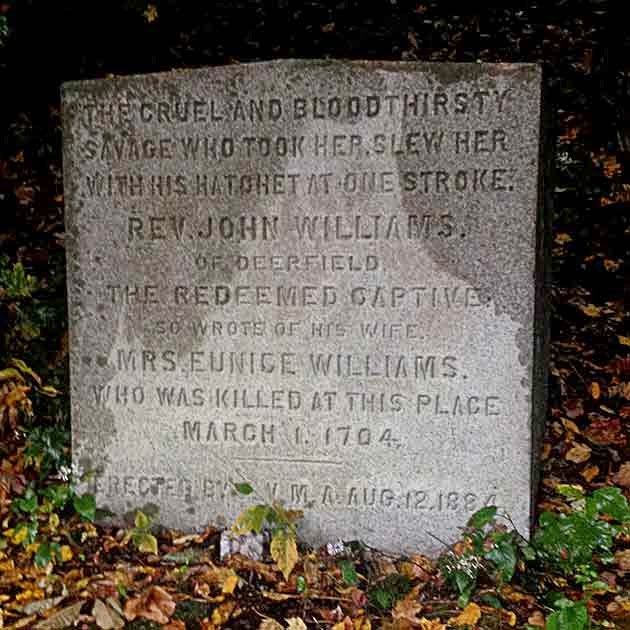 This stone was dated 1884 so much later than the event. 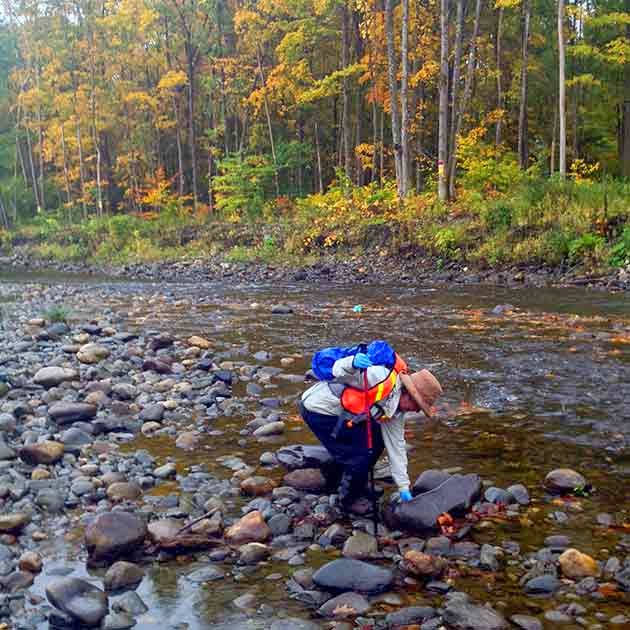 Fleur-Ange chose a stone from the Deerfield River as a keepsake. 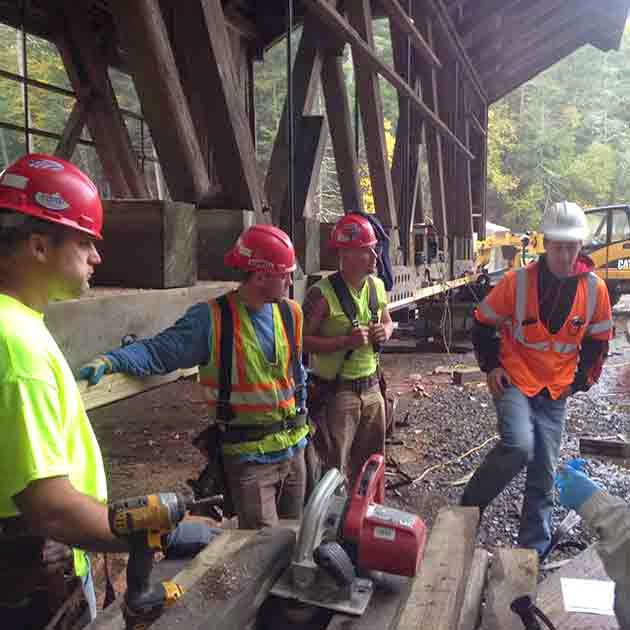 These 4 men +1 who was not there
were doing the work that took over 100 men
years earlier to repair this covered bridge.
They offered to take our photo. 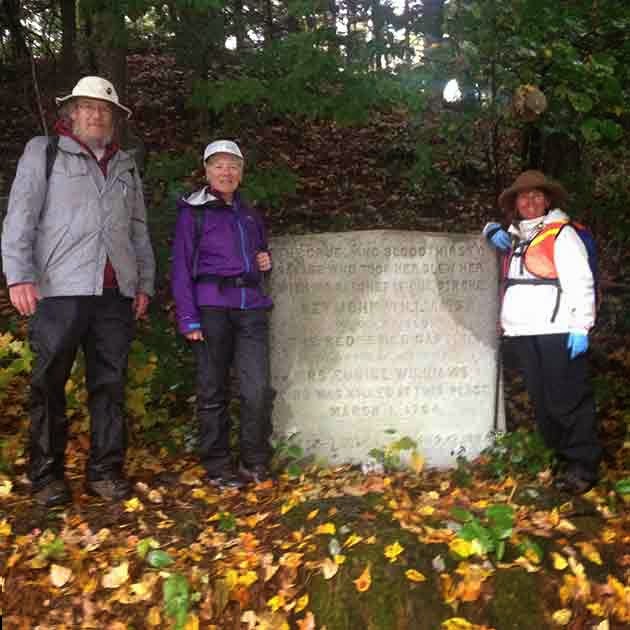 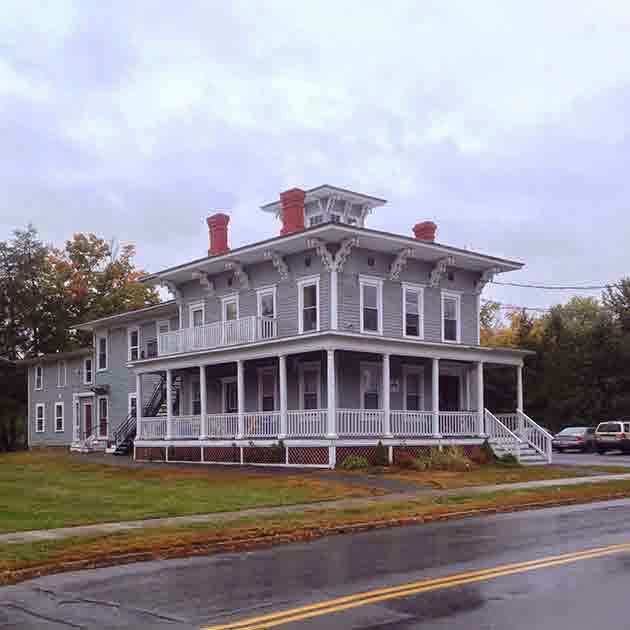 An apartment building in Greenfield 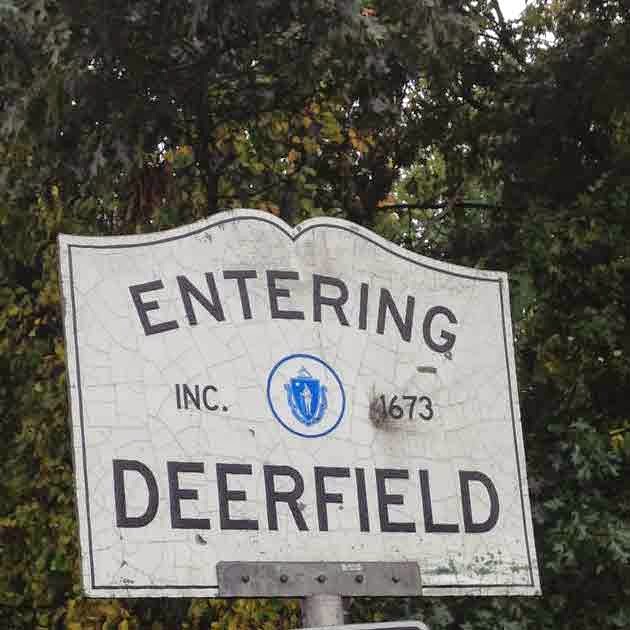 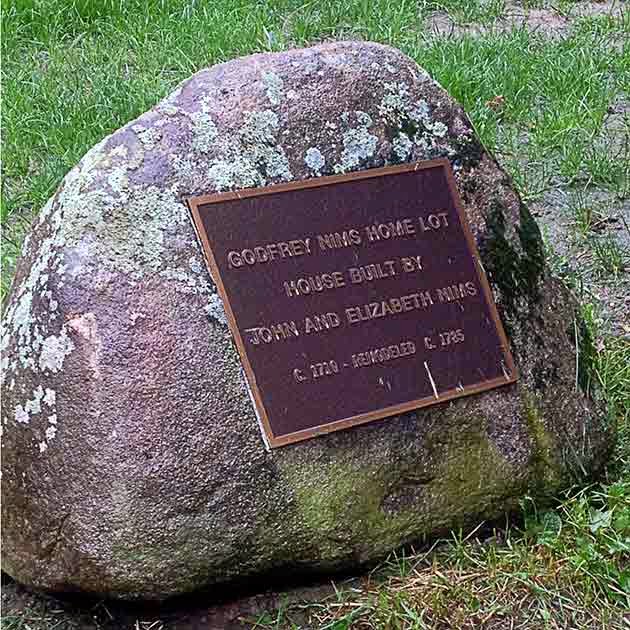 In front of the Nim's reconstructed house 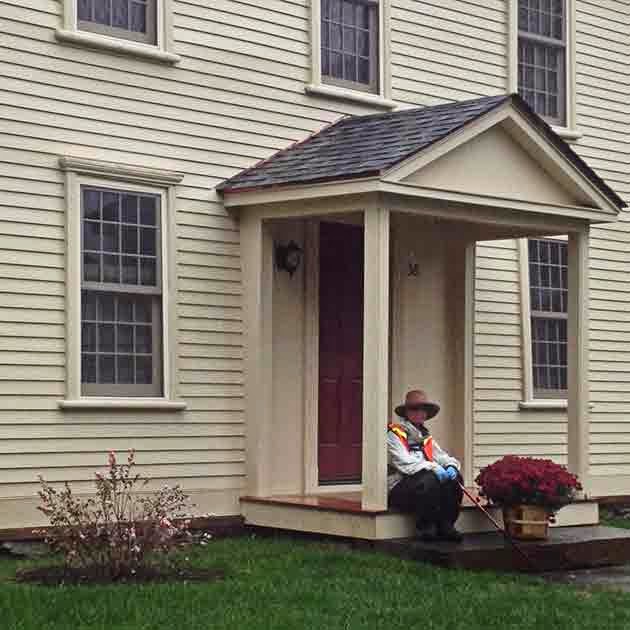 
Posted by Ontario Wanderer at 6:23 pm