Given the number of black bears in Vermont, I thought I would see one sooner or later but the only one I saw was stuffed and displayed in a nature centre. Nevertheless, as I started my walk up Mt. Olga, this is what I was looking for. 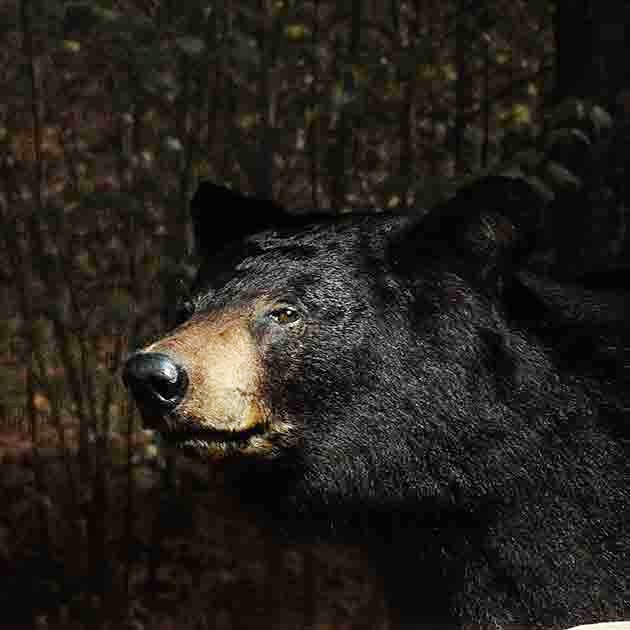 The sign said the trail was only .9 miles. It was about 90% uphill but not too steep. I never had to scramble or use my hands on the walk but I did spend over a half hour on the climb up including time for photos of course. 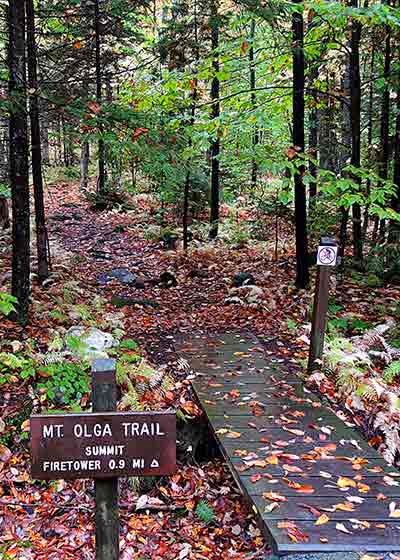 I don't remember ever seeing ferns turn white instead of brown or yellow so these fronds caught my eye at the beginning of the hike. 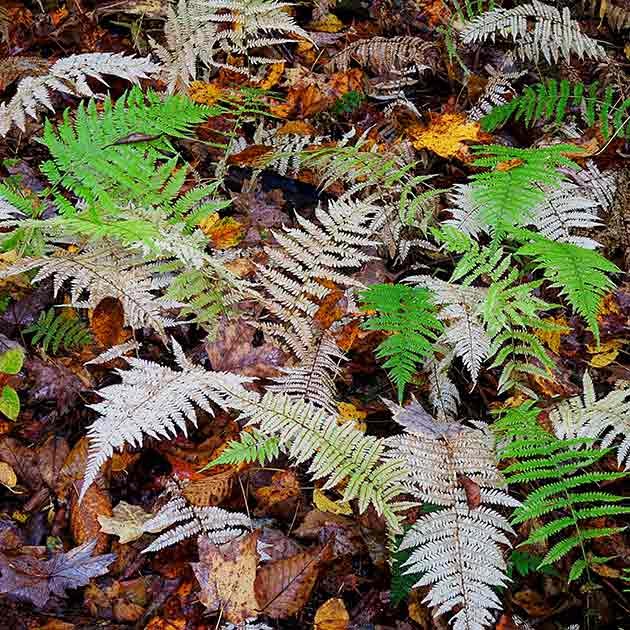 At the beginning, the trail was lined with large rocks and covered with fallen leaves. 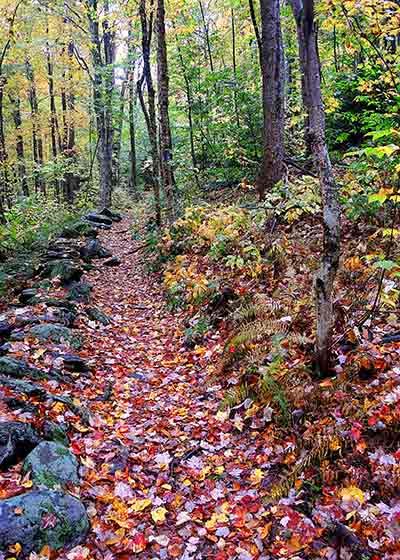 The leaf colours were so bright and mixed that they made me dizzy at times. Or maybe I am still tired from the long walk of the last month? 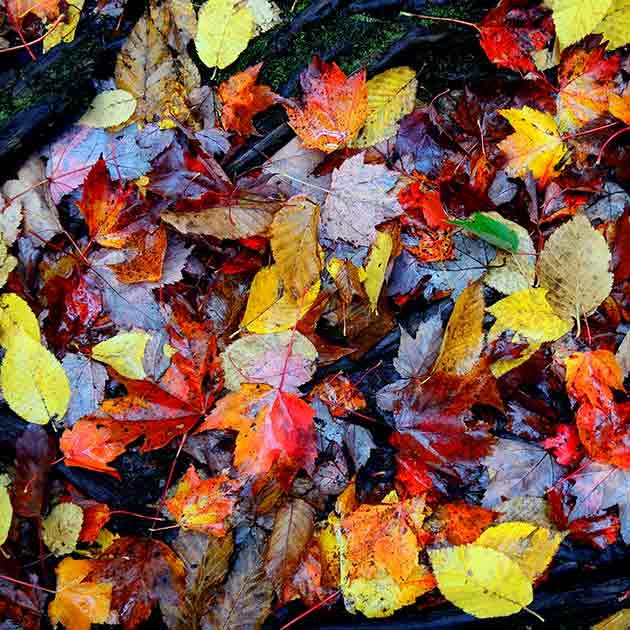 As I got closer to the top of the trail, it became a bit more rocky and rugged. 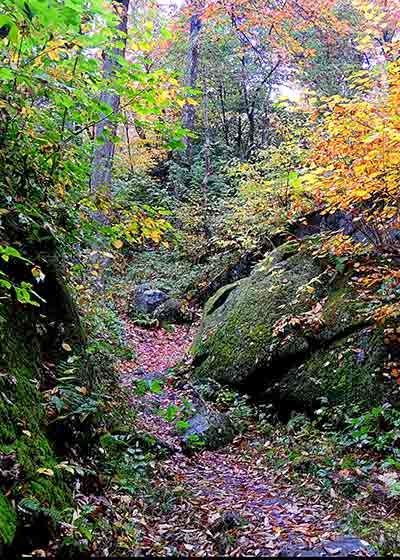 There was also some fog seen through the trees. It was an indication that I had not waited long enough for the fog to burn off. A ranger had said to wait 2 hours but I left a bit earlier than that as we had to pack up the camp and get ready to move on to our B&B in the next state, Massachusetts. (Well, OK, I was also just not into waiting.) 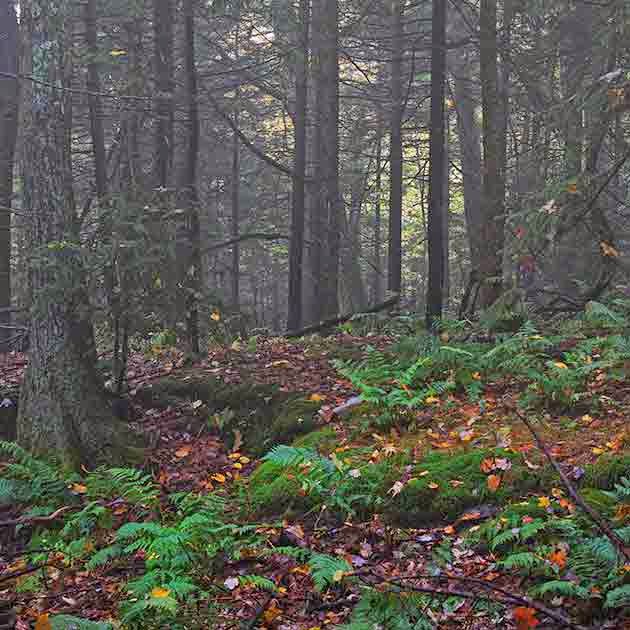 The tower did not look too bad for climbing except it was very open and the steps were all wet from the overnight rains. 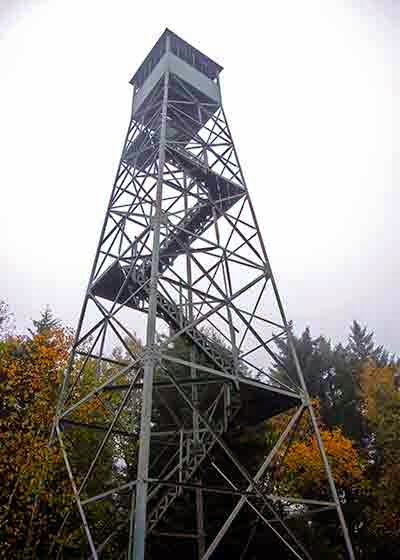 As expected, the view from the top was foggy. There were no 100 mile views this morning. 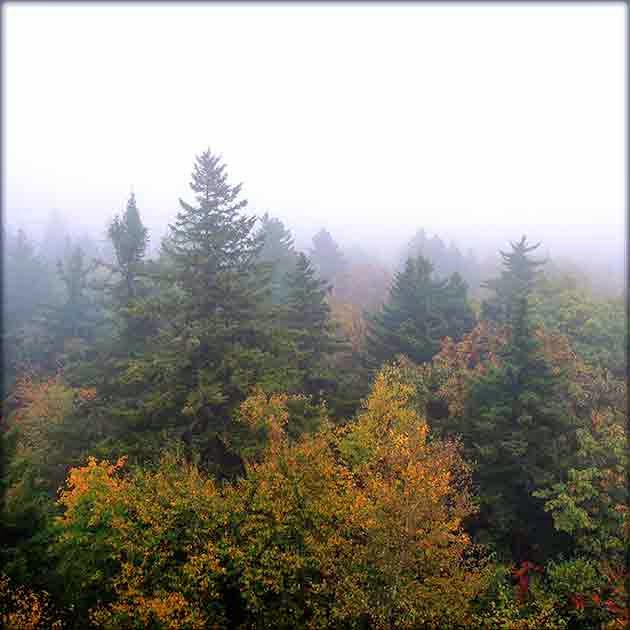 Why is coming down always more of a challenge than going up? Perhaps because one can see the possible results of slipping and the distance one would fall? I also did not notice how narrow the steps were as I climbed upward. 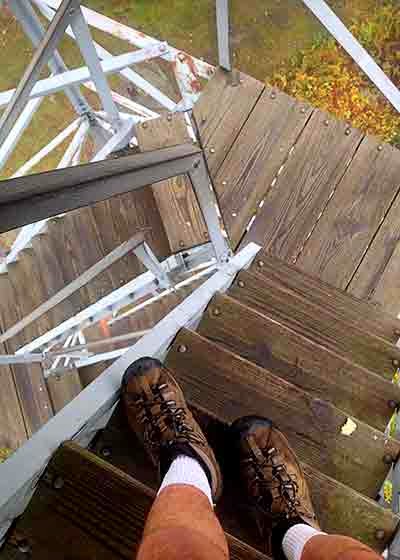 I noticed more leaves and fungi as I walked back down the trail. 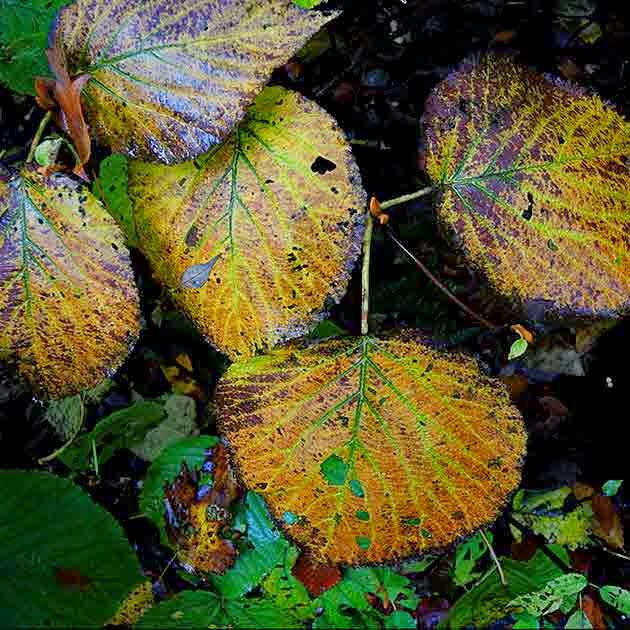 I really enjoyed the patterns on this shelf fungus. 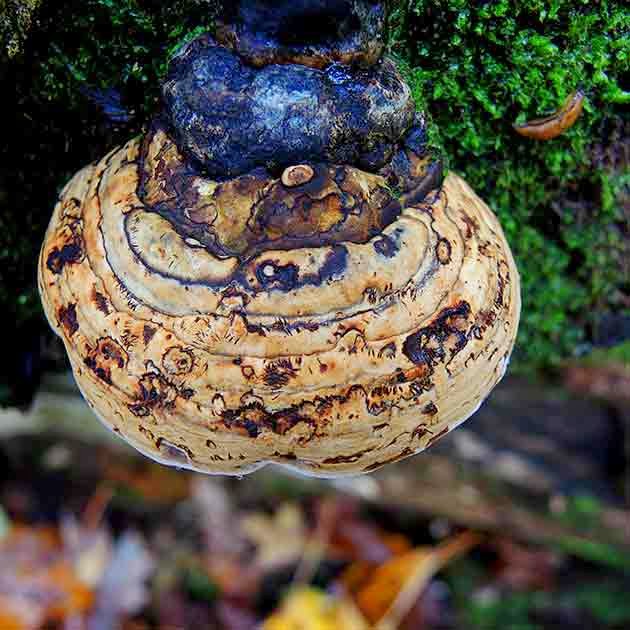 I think these are some Turkey Tail Fungi. Whatever, they are eye catching. 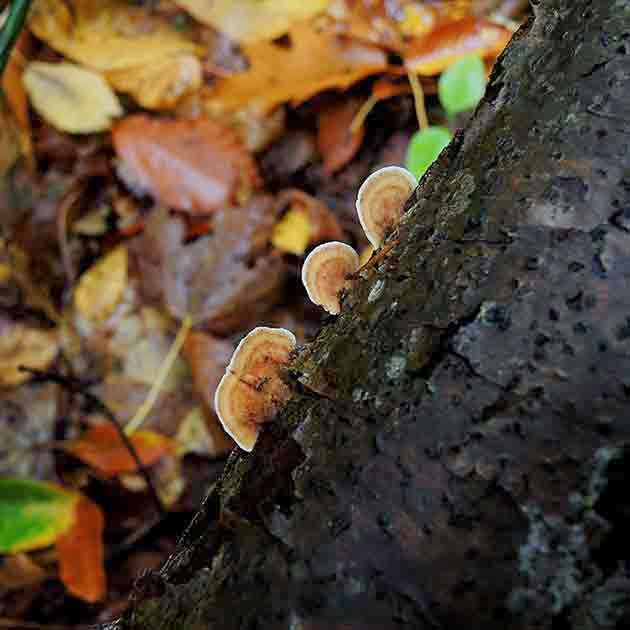 Posted by Ontario Wanderer at 8:03 pm

Interesting trail there, and the leaves look stunning and bright. Love the fungus photos.