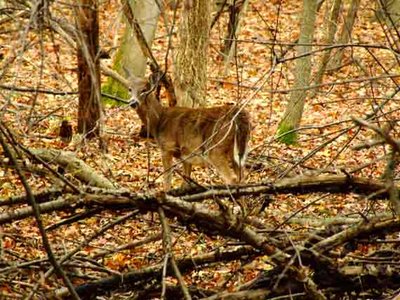 My first sighting was a White-tailed Deer. I believe that it was fairly young and had never heard of a hunting season, or knew that it was in a protected conservation area, as it did not immediately run away. 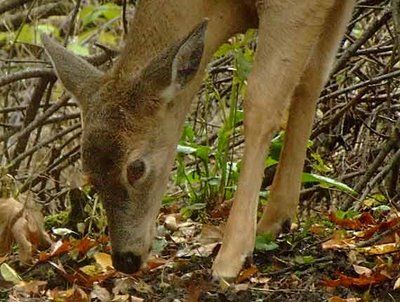 Not only did it not run away, it did not walk very fast either. During the next half hour, I was able to get closer to it than I have been to a grown deer. (I've managed to touch a fawn twice in my life by just being in the right place at the right time, but I did not have a camera with me either time.) 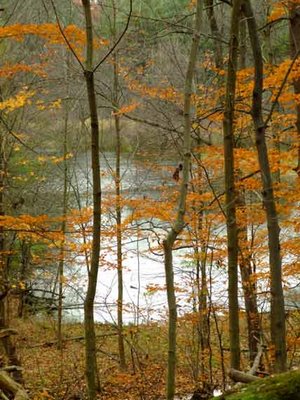 Just a bit further along the trail I found this beautiful tree shaded pond in the valley. 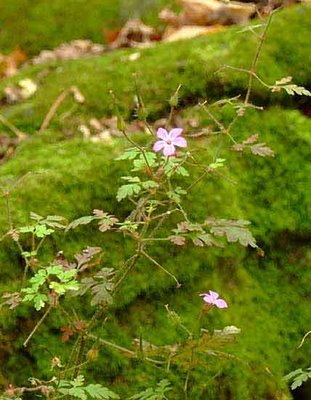 And not far from the pond, this Herb Robert was still blooming and putting on seeds.
All together during the last seven days of October, I found 62 wild flower species in bloom. See the full list and a couple more photos at my wild flower web site.
Posted by Ontario Wanderer at 3:57 pm

One week ago I walked the escarpment above Dundas for the first time and was in awe of the beauty there. I plan to return this weekend as there is no rain in the forecast(!). I am not sure where the Dundas valley is, but I was curious also about Cootes' paradise as well as the escarpment above Stoney Creek. I would be so excited to see a deer up close!

Beautiful pictures -- I love the orange leaves at the pond.

BodySoulSpirit, If you want directions to the Dundas Valley just ask.

Robin, The pond is invisible from the trail during the summer but one can see it, and the "No Trespassing" sign in fall and winter.