Deptford Pink - Sit Spot #613 - Why the finished blog is late 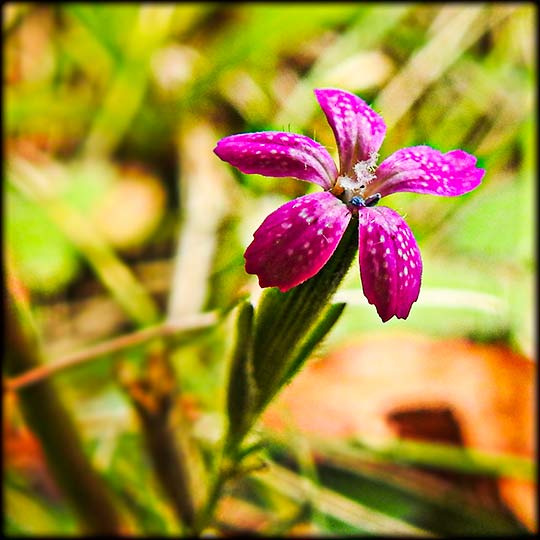 Deptford Pink
I had not seen one for 14 days until today.
Today there were 3 on a path where I walk everyday. 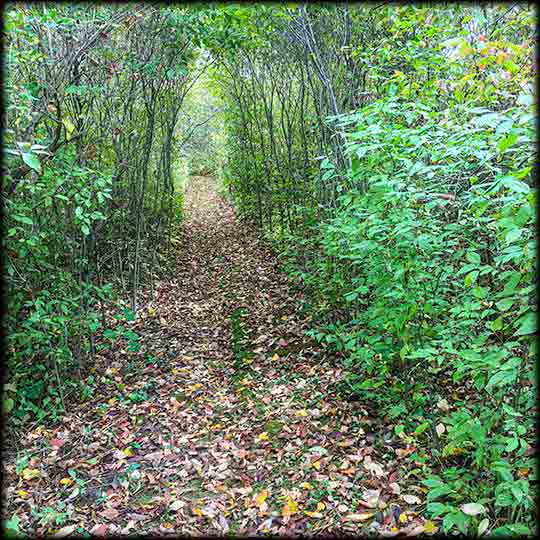 Photo Site #4 - North Ridge Trail
(Blogs have been unfinished for a couple of days. This is the catch up and a bit of an explanation:
I had a very high blood pressure reading this morning on my blood pressure machine and ended up in a bit of a panic mode which put my blood pressure even higher to the point where the blood pressure machine would not work.
Convinced that I was dying I went to lay down in the bed as I did not, and do not, want to go to a hospital to die. Not sure why I panicked so much, but I did.
After lying in bed for an hour or so, I decided I was not going to die immediately but wanted to text good-bye to a few people just in case. The one I chose the first was a nurse friend who just retired from working at the local ICU in the hospital.
Long story short: she calmed me down and convinced me to phone my doctor. Fleur-Ange did the initial phone call as I do not use the phone under normal circumstances. I ended up talking on the phone to my doctor and he advised me to take double meds for a few days, be much less active and relax. I am trying. It appears that death is not quite as soon coming as I expected.
Background for some of my panic, I am 77 and my brother died at 50, my father's brother at 63, and my father at 69 all from heart attacks. I figure I am on extra time already.)
Posted by Ontario Wanderer at 8:25 pm