OK, not the best photo, but if the sun was up it was just barely up and well hidden behind heavy clouds. All three of these deer were in the field just south of our property. That is our fence in the foreground. The deer that is the furthest away was less than 200 metres away, maybe around 150 metres? Just guessing, I did not pace it off. In any event, these three deer were on our property just east of our house the night before and and just left our property shortly before I took the photo. Two of the deer had run over the edge of the hill and were out of sight but one stayed in midfield. When the dog did not bark and I did not move, they became curious and came back to see what we were all about and then I managed to get the photo. 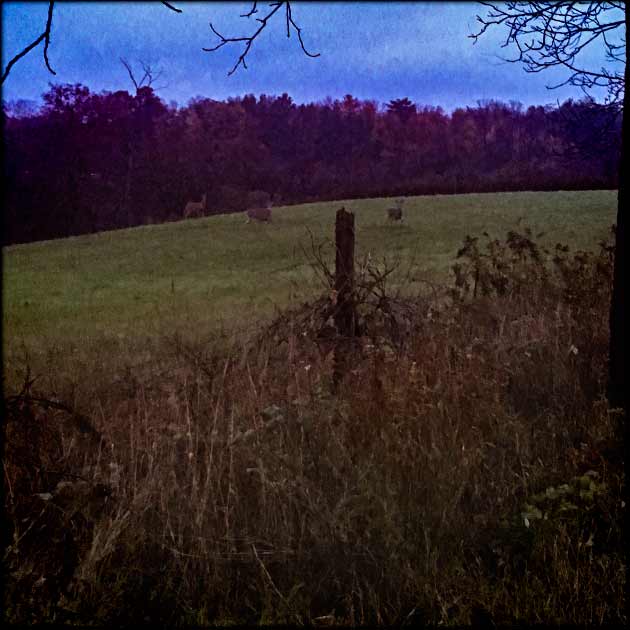 Posted by Ontario Wanderer at 2:31 pm

It's always fun, isn't it? Even if you do'nt get proof. Or if your proof isn't perfect!