Back in 1995, when I was 52, I was very pleased to run a marathon in 3 hours 51 minutes, 5 seconds. I have only attempted that distance one time since then and it was 5h 5m 5s when I was 66. (I thought it was when I was 67; so much for my memory.) Anyway, this morning an 85 year old  runner, who lives about a marathon distance away from me, made an extraordinary run at the Scotiabank Toronto Waterfront Marathon. In the same race, a friend of mine who works out in the same gym as I do in Brantford, came in first of all Canadian women. 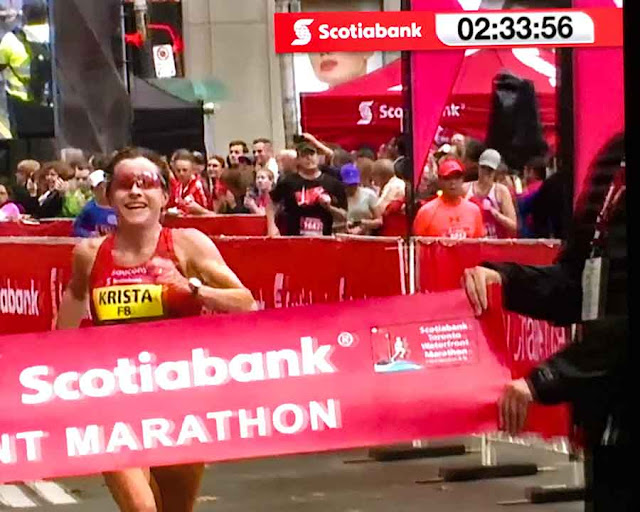 Posted by Ontario Wanderer at 2:26 pm