Here is a photo of two flowers that should have finished flowering a month or so ago. The Teasel (Dipsacus fullonum ssp.sylvestris) started blooming in early July and most have gone to seed long ago. The Moth Mullein (Verbascum blattaria) in the upper background started blooming even earlier in mid June. Most of them have formed and released their seeds already. I find that there are always a few plants in a few places that bloom longer or later than one expects. Both of these are near the shores of Cootes Paradise in Hamilton. 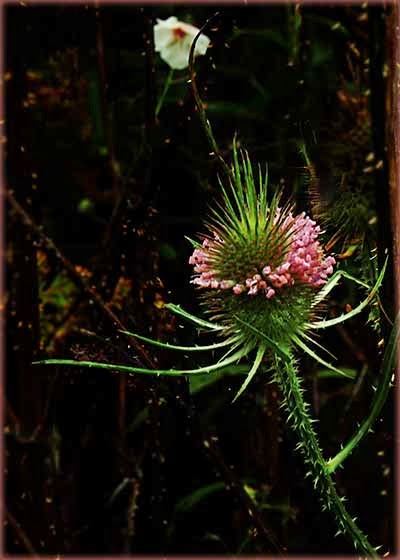 Posted by Ontario Wanderer at 5:53 pm

We've had such a late Ontario summer. My bean plants are 3. tall! And the lovely wee asters are fabulous. However, 26mm of rain today, 6mm yesterday, a little drenched!