Much to my delight, the Red-winged Blackbirds are starting to migrate back to our area. First I saw one at the bird feeder, then 2, then 3 and finally 4 this morning. Because of the cold winds, ice, and snow, I had not expected them yet but when I checked, I found that they were back on the 21st last year so they are actually a bit later this year. 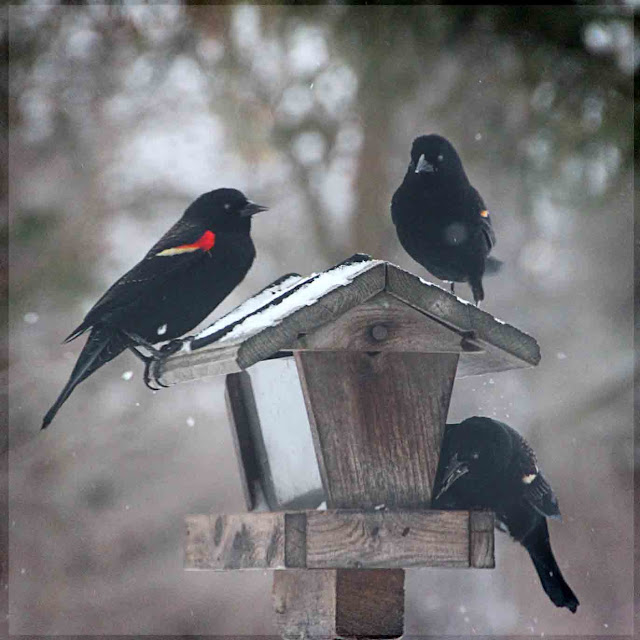 Meanwhile, walking outside remains a challenge as all of our trails, the yard, and even the meadow areas are covered in ice. I have not been in the ravines for over a week as the slopes going down and coming up are too slippery to be safe. 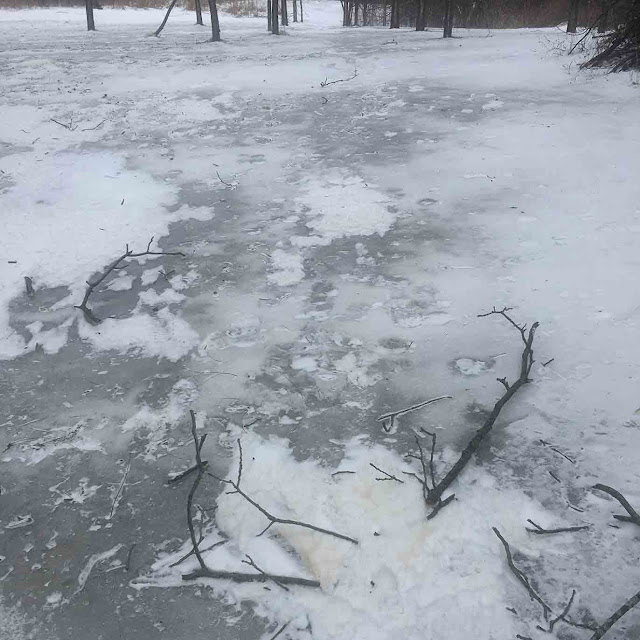 Winter, in general, was warmer during December and early January but late January and almost all of February have made up for it. Snow, ice, and high winds have been our daily fare for a while.

Posted by Ontario Wanderer at 6:09 pm