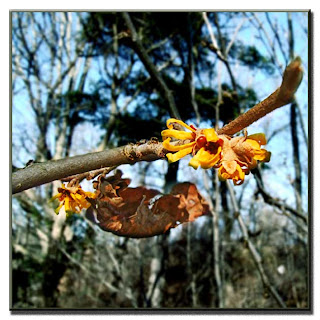 Last season this plant started blooming in February and bloomed until April.

I think this is the earliest that I have ever found this plant blooming. I don't know if it will continue now that it's cold again.

I also found 4 other species blooming during the warm days of the weekend: Hairy Bittercress, Common Chickweed, Common Groundsel and the native Witch Hazel. The weather is doing strange things to plants.

Posted by Ontario Wanderer at 10:27 am