Having stayed the night in Sevenoaks, a small village south of London, Églantine and the Ontario Wanderer took a train into Waterloo Station in London. We looked briefly at a map and then just walked in the general direction of the Thames. All one can do in London is move in general directions. The compass was not yet invented when London was established and Napoleon never got to redo London with straight streets. In a few minutes we did find the Thames and started downstream towards our goal for the day which was the Tate Modern Art Gallery. We made a few photo stops along the way for sculptures, buildings, reflections in the Thames and in store windows. It was nearly 11 a.m. when we arrived at the Tate Modern and we just stumbled into a guided tour of part of the art history section of the gallery. After the tour we were on our own wandering about the gallery. It says something about both us and the gallery to note that we were surprised to be kicked out of the gallery at 6:00 that evening having forgotten to eat lunch or attend any of the other tours that we had intended to take in.

Photos were not allowed inside the gallery but information and photos abound on the internet. According to the introductory page of the Tate Modern web site, they have 65,000 works on line. One could spend many days wandering through the internet galleries of the Tate Modern so our 7 hours were a tiny, tiny drop in the bucket.

Art, and art appreciation, are very personal. I am sure that some paintings and sculptures that I love would make you scratch your head and wonder about my sanity and, of course, the reverse is true also. Regardless, I plan on showing a few of the paintings and sculptures that Églantine and I enjoyed. You, as the reader, are free to move on to other blogs or have a look and comment if you choose.

First, two quotes from artists that were in a book that I bought:

"Then the sun rose and was so dazzling I found it impossible to see. The Thames was all gold. God it was beautiful, so fine that I began work in a frenzy, following the sun and its reflections on the water...I can't begin to describe a day as wonderful as this. One marvel after another, each lasting less than five minutes, it was enough to drive one mad." Claude Monet in a letter to Alice Monet in February of 1901.

"The man who wants to shoot a cloud down with an arrow will exhaust all his arrows in vain. Many sculptors are such strange hunters. What you have to do is fiddle something on a drum or drum something on a fiddle. Before long the cloud will descend, roll about on the ground in happiness, and at last complacently turn to stone." Jean Arp, 1956 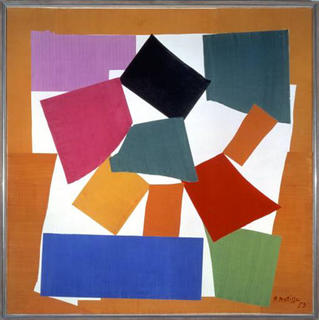 To be continued...
Posted by Ontario Wanderer at 5:05 am

while i had some appreciation for many great works of art i had seen only reproduced in books, i was just stunned when i got to see the originals at the tate and other art museums in europe many years ago. my own favorites tend to be the realists and some impressionists. a series of bullfight sketches by picasso, each only two or three lines, just knocked me out. the huge canvases of sunlight and clouds showed me a new way of seeing. the embedded politics of el greco and the breughels were stark and almost bitter.

Thanks for such an interesting account of Day 1 of your trip. London is indeed a labyrinth, and that's part of its charm. I love your Monet quote - that delirious joy he's describing. Some days are just like that.