As usual, I hope to do more blogging again this year. I guess starting on day 3 is not too bad. There are some other activities that I thought I would start this year that have not been started but the day is not over yet.

On of the first bits of wild life that I saw this morning was a Hairy Bittercress plant growing in part of the lawn that had had some deep tire tracks in it. During the fall, I had filled and levelled that bit of lawn using dirt from a pile that had been removed during some landscaping at the front of the house a few years ago. I do not remember any Bittercress being in that pile before. Anyway, having seen that plant growing, I went to the west side of the house where I had seen some Bittercress blooming in December just to check it out. 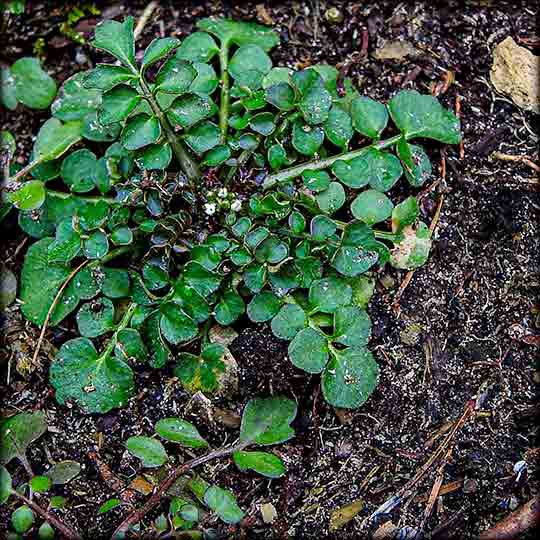 It is still blooming.

I have been thinking, for the last few months that the birds have been a lot quieter than usual and fewer have been coming to the feeder. I realize that the bird population as a whole is going down fast but it hurts to feel the lack of birds so close to home.

That being said, at our feeder so far in 2020 we have had Blue Jays, Cardinals, Chickadees, Mourning Doves, Goldfinches, Juncos, White-breasted Nuthatches, Downy Woodpeckers and one Red-bellied Woodpecker. Out in our meadows, I have heard Canada Geese flying over, Crows calling in the distance and, today, a Pileated Woodpecker flew across the meadow as I walked with our dog.

That all looks not too bad but I still have the feeling that there have been more birds and more varieties in the past.

In the barn we have had some Woolly Bear Caterpillars crawling about on the dirt floor for the last week or so. I saw two this morning again.

Due to the warm weather of the last two days, most of the snow has melted and I have seen grasses and sedges greening up as well as the usual plants that are green at this time of year, usually under the snow: Common Strawberries, Dame's Rocket, Garlic Mustard, and White Avens. 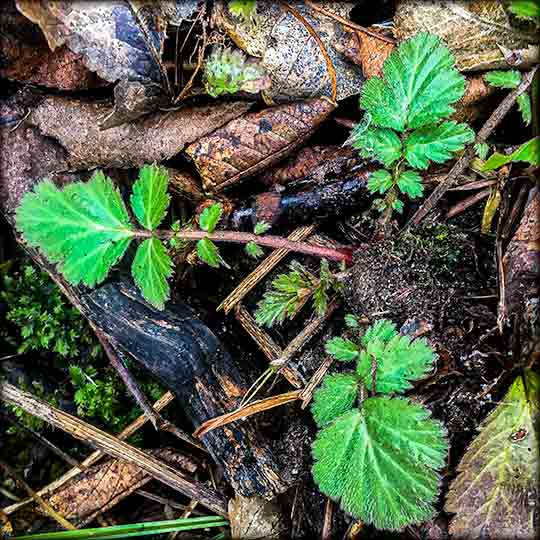 
Posted by Ontario Wanderer at 1:21 pm

I have noticed a decline in the bird population here as well in the past few years. We used to see so many birds in our little yard, but this year there were only one or two of various species when there used to so many more. We did see and hear thousands of geese though last month. It was fantastic. Beautiful photos.