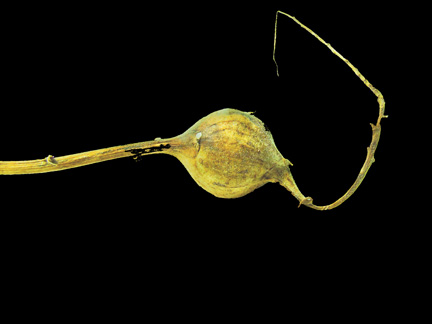 I brought two items inside to photograph today. Both are galls. The first gall is the common Goldenrod Ball Gall. They are very common on the goldenrod called either Tall Goldenrod or Late Goldenrod (Solidago altissima). The gall is formed by the plant in response to the larva of a small fly (Eurosta solidaginis). One English name for the fly is, appropriately, Goldenrod Fly. The larva spends all summer and all winter in the gall. During the winter it produces both an antifreeze alcohol called glycerol and a sugar called sorbitol to help it survive. So the gall is both food and shelter for the larva. Of course there is more to the story. Several other insects manage to parasitize the larva so the larva may become food for another insect larva. 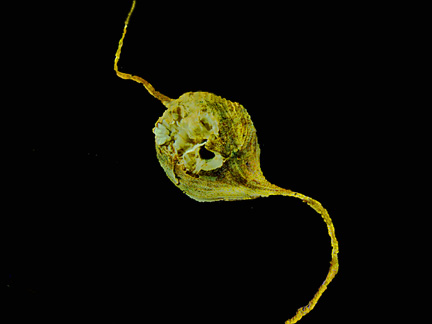 One will only know in the spring which insect will emerge unless a bird checks it out first. Both Chickadees and Downy Woodpeckers open some galls to check out the food inside. Since the larva produces a sugar to help it survive, the birds must enjoy a sweet find. Also I have known a few naturalists that have opened the gall to show others and then popped the larva into their own mouths, swearing that it is sweet and good. So far I have just taken their word for it as my taste for sweets has not expanded to fly maggots of any kind yet.

The other gall that I photographed was the Willow Pine Cone Gall. 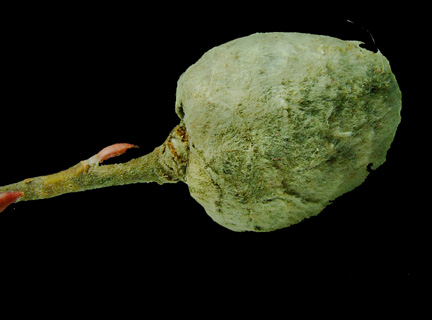 It is caused by a small gnat or midge (Rhabdophaga strobiloides). Like the Goldenrod Gall, the Willow Gall has not only the original insect larva but a host of other larva that share the shelter or parasitize the other insect larvae in the gall. (I've spent the last hour,ok, hour and a half, searching for the information that I know I have in a book, somewhere, but it eludes me so I cannot post the large number of insect larvae suggested that live in the gall. It's like an itch that cannot be scratched. Sigh!)
Posted by Ontario Wanderer at 4:56 pm

These pictures are beautiful, OW. The first winter I saw goldenrod galls over a snowy field, picking up that pastel light, I was struck. I've never seen one broken open like your second picture.

It took a while for me to figure out what they were (I don't have any formal training in plant identification--it's just me and the book).

OW-- It is so interesting to read that both the chickadee and downy woodpecker open the galls. We hung a suet feeder expecting only the woodpecker to indulge, but the chickadees enjoy it as well! They do like the same foods.

I googled willow gall and couldn't find an answer to your question about which larva parasitize the others.

L, We have more open galls than closed. Just for the record, I don't have formal plant identification training either. I've lots of books and ask a lot of questions.

RD, I'd like to get a photo of one of the birds going after the grub in the goldenrod gall but so far I've had no luck. I am still looking for the book that has the willow gall information. Sigh!