It's another cool, frosty morning in southern Ontario. 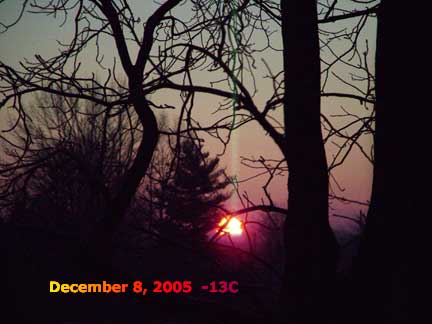 The early morning sunlight captured by the frost looked a bit like winter fireflies. 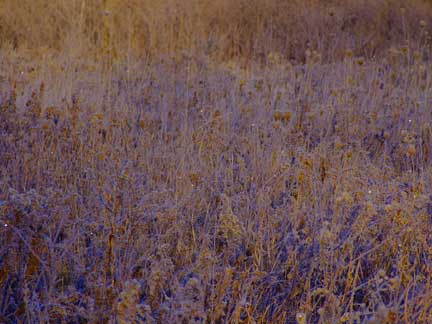 As we launched our canoes on that first morning of the trip, it was with excitement, anxiety, and a bit of fear as we felt the river grab our canoes. It was a bit like being on the back of a powerful beast. One knew that it would move ahead and that one had some limited control but also felt that one's control could be taken away with any false move with the paddle. Sometimes when the paddle went into the water there was strong resistance and sometimes, rather frighteningly, there was no resistance at all. It felt as if one had missed the water and only hit air. All day, in the background was the sound of falling water as we passed scores of waterfalls where streams of various sizes tumbled down the steep slopes. 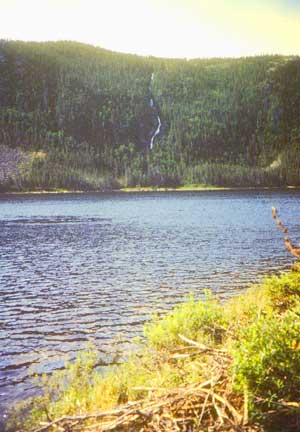 I took very few photos during the day as I wanted my hands on the paddle. The cliffs on both sides of the river came closer and went further away in turns as the waters sped and slowed, eddied and swirled, and sometimes made giant whirlpools not unlike the Niagara River below Niagara Falls. Although we did our best to avoid whirlpool areas, one of the canoes did slip into one. The 17-foot canoe dropped straight down to the edge of the gunnels and spun slowly like a top a full 360 degrees at least twice before the paddlers managed to pull the canoe out of the twisting waters. No harm was done but there was a real rush of adrenaline for all of us watching and for the two being in the whirlpool. Respect for this river kept growing as we paddled.

It was with some sense of relief that we spotted a trapper's "tilt" (aka cabin) at the side of the river; however, when we approached closer, we found it to be quiet, abandoned, doorless, and still miles from where we were wanting to spend the night. 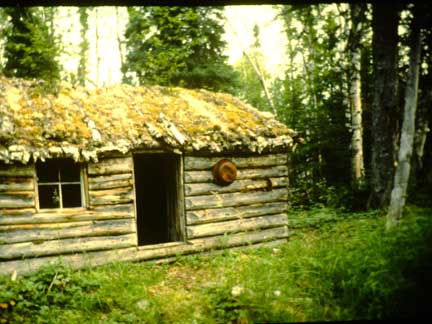 (To be continued.)
Posted by Ontario Wanderer at 10:25 am

I too, am wondering what is around the next bend! I could just see that canoe in the whirlpool and feeling how they must have felt! Yikes! I have always wanted to take one of those white water raft rides. This makes me want to do it even more...........

Me too, me too. You described the sense of paddling with such vividness that I could feel the water.

SGJ, I am glad you are enjoying the adventure. I did.

R, I think I would prefer a canoe or kayak to a raft, but then I've never tried the raft.

Another fantastic installment. I love this adventure. I can't wait to see what happens next. Wonderful storytelling, OW.

Between reading you and Sigurd Olson, I'm ready to start planning a long-overdue canoe adventure!

D, Perhaps you should wait until the end of the adventure to make your plans.